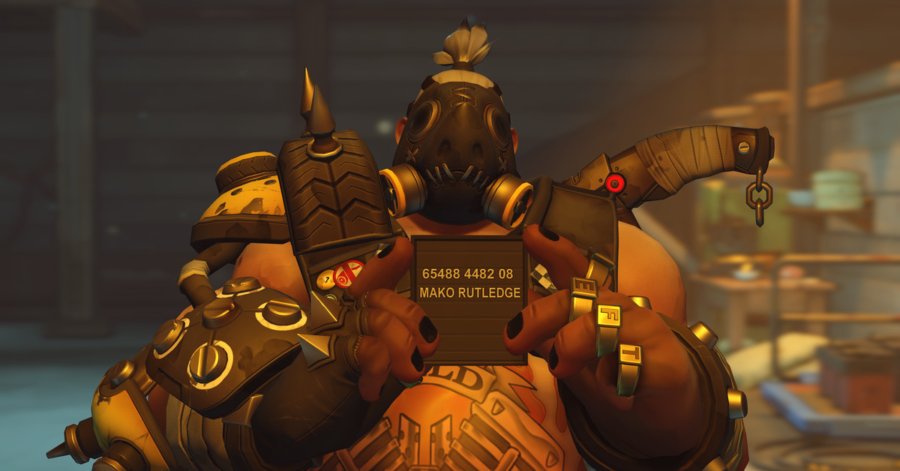 Roadhog, Reaper, Mercy, and Symmetra all get PTR buffs in Overwatch

As of October, the meta is in a pretty healthy place. The newest hero, Wrecking Ball, has settled nicely into the tank roster. We’re seeing dynamic DPS picks, including McCree and Soldier 76 returning in the Tiers 2 and 3 scene, and BlizzCon should bring news of yet another new hero to further change things up. For now, the Overwatch balance team isn’t going too far — we’re just getting a few buffs to heroes, as a change that makes jumping consistent across the entire hero roster.

Healing per second increased from 50 to 60

Developer Comments: Mercy’s ultimate was charging a bit too slowly after her base healing was reduced in a previous update. These changes should restore some of her ultimate’s strength and let it build up more quickly.

After Mercy was re-worked, she went through a few phases of getting hit with the nerf bat to bring her back into order. This buff is attempting to address some of that damage and bring her back to the support line up, where she’s currently a bit of a situational pick. If these changes hit live, Mercy’s going to stay at her current level of strength but have higher highs when she ultimates.

Life steal increased from 20% to 30% of damage dealt

Developer Comments: Reaper’s specialty is fighting at a very close range. The more consistent spread pattern and increase in healing from his passive ability will make him more capable of standing toe-to-toe with his enemies.

These Reaper changes won’t dramatically shake him up, but they reinforce his role as a close quarters monster. When he’s in your face, he should be doing more damage and healing more — and that might bring him into the meta as a direct counter to the meaty compositions people are running.

Decreased the delay before pulling a hooked target from 0.5 seconds to 0.3 seconds

Now greatly reduces the target’s momentum upon being hooked

Cooldown now begins immediately, instead of after the target has been pulled

Spread pattern adjusted for both primary and secondary fire

Developer Comments: Roadhog is receiving several large changes to make his abilities more consistent. His Chain Hook had issues with breaking when enemy targets jumped or fell behind environment collision. It will now slow them down in the air more when the hook lands, and wait less time before it starts reeling them in. Since Chain Hook’s cooldown now begins immediately upon use, so it no longer varies based on Roadhog’s distance to the hook target. We’ve also moved some of the projectiles closer to the center of the spread pattern on his Scrap Gun, which gives him a more consistent damage output for its primary and alternate fire. Previously, there was a long-standing bug that caused close-range targets to fly much further than expected. After this bug was fixed, we still wanted to keep some of the knockback burst it provided, so we’ve increased the overall velocity cap to maintain some of that functionality.

Roadhog is getting a lot of love here. In the game’s early days, he was nearly entirely defined by his hook… which is a frustrating ability to build a character around, since it’s so quick and fatal. Since then, he’s seen lots of nerfs, and an eventual rework that really amped up his Take a Breather. This large scale set of changes shores up the design of his rework, still allowing him to hook and kill, but giving him more tools beyond just snagging an enemy Tracer.

Developer Comments: It’s still difficult to use Symmetra’s Photon Projector beam effectively, even after its range was increased. By speeding up the primary fire charge rate, it takes less time to ramp up to its full damage potential and will be a stronger option when she’s presented with targets to charge up on.

Symmetra’s getting a minor buff here, but it’s nothing revolutionary; she should just have a smaller window before she’s dealing out maximum pain.

As always, changes on the PTR are subject to change before hitting live servers. We will continue to cover the content of the next patch, especially with BlizzCon set to kick off on November 2, 2018.