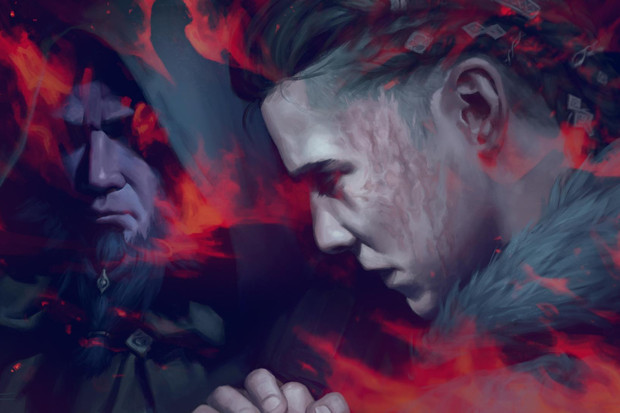 Ryze and Brand face off in the latest lore update

Ryze and Brand are two of the older champions in League of Legends; Brand was originally released back in 2011, and Ryze goes back all the way to 2009. The latest League of Legends Universe update goes through and updates both of them, and links their stories together. Ryze was once Kegan Rodhe’s teacher, back when Brand was a regular guy looking to control magic and survive in the Freljord. The apprenticeship failed, and now the two mages are constantly racing against each other in a hunt for the powerful World Runes, with the fate of the world hanging in the balance.

Brand’s original lore had him as a seafaring marauder from a place called Lokfar. While on an expedition, he found a column of flame in a cage of ice. Upon touching it, he unleashed Brand, the Burning Vengeance. This original lore implied that there would be a confrontation with Lissandra.

This new set of stories keeps Kegan Rodhe in the Freljord, and gives him humble beginnings. His biography sets him as a very human figure growing up in Rygann’s Reach on the icy coast. The son of a healer-mage, and a reaver-bastard, Kegan Rodhe burns the village down after his mother’s death and his exile, and sets off into the icy wastes. There, he meets Ryze. Ryze was once the apprentice of a sorcerer named Tyrus of Helia, and the two of them worked as diplomats in ancient societies. Unfortunately, those societies discovered powerful World Runes that could annihilate armies and cause Armageddons. After years of diplomacy, Tyrus tried to hoard the World Runes for himself. Ryze was forced to take Tyrus out and become the guardian of those Runes, lest the world fall into chaos and destruction once again. It’s a pretty thankless job; the short story An Old Friend depicts Ryze as a decent man doing his best under the weight of preserving millions of lives.

We get to see Ryze and Brand’s relationship develop over the short story From the Ashes, written by Aaron Dembski-Bowden. This is one of the best League of Legends short stories yet; it gives us an in-depth look at Kegan Rodhe’s life, explains the way magic works, and reinforces the brutal world of the Freljord all while advancing a very personal plot between mentor and student. It’s definitely one of the best works from Riot yet, in line with the quality of the Bilgewater stories or the recent Noxus update.

Best of all, it covers the conflict between a young Kegan and Ryze without covering everything. It explains why Kegan Rodhe eventually claims a World Rune, turning into the twisted monster known as Brand, but it doesn’t belabor the point by showing us the whole encounter.

After reading the Ryze and Brand biographies and From the Ashes, the perfect way to wrap that story up is The Burning Lands. The Burning Lands is written by Anthony Reynolds and Aaron Dembski-Bowden, and drawn by Richard Isanove.

Ryze travels to Shurima in search of a World Rune — one that he knows Brand is in pursuit of. With the aid of a Shuriman traveler, Ryze is able to protect the Rune and ward Brand off. (It’s a nice touch that Kegan Rodhe was in awe at the concept of Shurima, but as Brand, that sense of wonder is gone. He’s just all about power and murder and ascending to Godhood.)

It’s definitely worth checking out all of the above pieces; they reflect how much effort Riot has put into building a cohesive universe. In the early days of League of Legends lore, the world felt fractured. Now, we’re able to get a lore update that brings us from the northern reaches of the Freljord to the vast desert of Shurima, and everything makes sense and feels like we’re traversing a world. It’s a tough task, but its made possible by the stellar character writing and careful world building.

As a fan of League of Legends lore, I’ve often felt like there are several ups and downs. Recently, I thought it might be time for me to check out and stop following the story behind the game so actively. This recent lore update has hooked me back in, and that’s an achievement worth celebrating.