The day kicked off with phase one of the event, which pitted the players against each other in a series of free-for-all deathmatch games to determine seeding for the single-elimination aim battles. The conclusion of phase one yielded the following results for the playoffs:

With seeding determined, the 1v1 playoffs got underway, initially with best-of-15 duels, which transitioned into best-of-25 semi-finals and a best-of-35 grand final. Each match cycled between five weapons; the Desert Eagle, UMP-45, M4A4, AK-47, and AWP until one player came out on top. The playoffs saw the young amateur duo of Nikolas “n1k” Laiho and Marco “hayden” Witzner fall early on in the quarter-finals despite valiant showings against device and s1mple, respectively. In the remaining first round matches NBK- took down electronic, while rain prevailed over his fellow FaZe teammate NiKo. s1mple then made short work of device in the semi-final, with NBK- emerging victorious over rain on the other side of the bracket.

The grand final proved to be a nail-biting affair in the opening rounds, with the two players trading blows back-and-forth before s1mple eventual pulled ahead. NBK- gradually chipped away at the score difference, levelling it up at 12-12. The two continued to go toe-to-toe throughout the matchup, with s1mple ultimately coming out on top to win the OMEN Challenge with a narrow 18-17 victory. 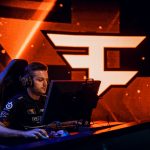