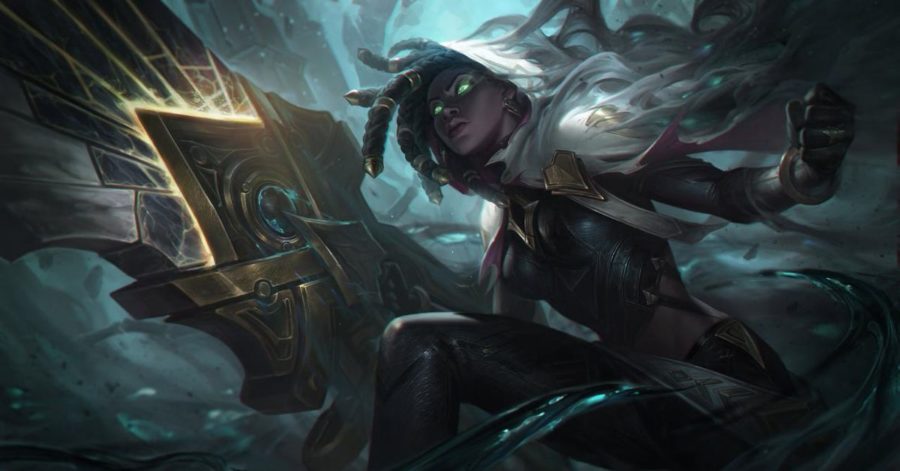 Senna’s kit has arrived, and it’s one of the most unique and aggressive “support” kits in all of League of Legends.

While Senna’s previous place in League lore was simply as Lucian’s wife, we now know that Senna was quite the fighter in her own right. Her kit gives her new ways to deal damage, both with her Relic Cannon gun’s standard auto attacks, or charged up shots from her passive.

Senna’s also got some impressive moves for a support with her Piercing Darkness ability that both heals allies and damages enemies. Her W, Last Embrace serves as a root against her enemies and deals a bit of damage on its own as well. Finally her E, Curse of the Black Mist, makes Senna and her allies temporarily invisible and even briefly untargetable when they leave her shrouding mist.

Senna’s ultimate is Dawning Shadow, a beam that can reach across the entire map. If allies are hit with the beam they’ll receive a shield, while enemies caught at its center will take damage.

Senna’s Relic Cannon is slow to fire, but deals bonus damage. She can power up its range, Attack Damage, and Crit chance over time by absorbing Mist from enemy champions she’s attacking or from wraiths that spawn from dead enemies.

Senna fires a bolt that heals her allies, and damages her foes. Senna can keep attacking to decrease Piercing Darkness’ cooldown.

Senna commands the Mist onto the first target hit, damaging them and then rooting that target and surrounding enemies after a brief delay.

E — Curse of the Black Mist

Senna dissolves into a cloud of mist, gaining movement speed and camouflaging her and her nearby allies. Teammates who emerge from the mist appear as unclickable wraiths to enemies until they either attack or get close.

Senna fires a global beam. Allies in the beam are shielded and enemies caught in the center of it take damage.