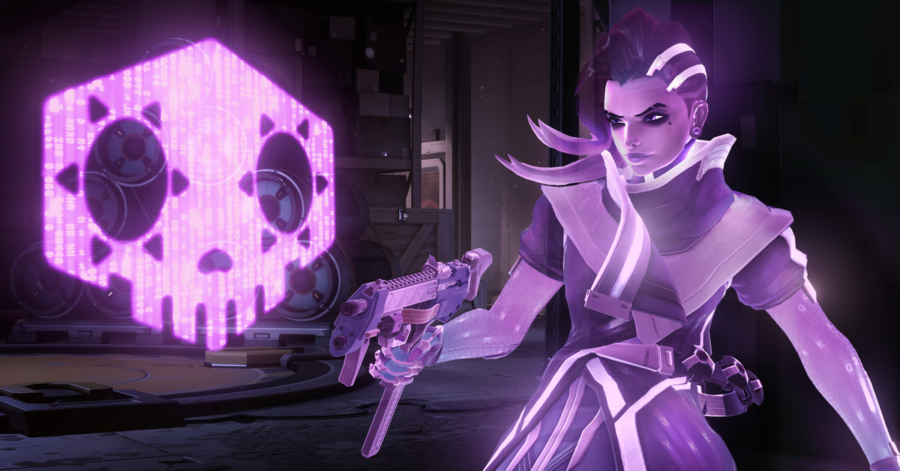 Sombra could be receiving a second Overwatch rework

Sombra’s been an interesting character since her release in Overwatch, appearing in pro play but only under specific situations. She’s also a trickier character than say, a Widowmaker or a McCree, meaning casual players sometimes struggle with picking her up.

Sombra’s received a mini-rework in February, which shifted a lot of her power from hacking health packs to super-charge her UMP to her standard fire. Her hack is also now significantly stronger, cutting off abilities like Genji and Hanzo’s wall climbing, Pharah’s jets, or Lucio’s song.

Those changes haven’t really made Sombra a must-pick hero, and so a fan asked if they could get a hint as to any upcoming reworks on the official Blizzard forums. Geoff Goodman was happy to answer:

Sure. These changes started by seeing how far we could push the duration of her Stealth and Translocator abilities. As we pushed them out, it allowed her to play more and more as an scout/infiltrator for your team and also allowed her more time to pick and choose when and where she popped out to ambush her enemies.

So now she has infinite duration on both Stealth and Translocator, but we had to solve a couple problems that were caused by these changes. For one, she needed to be able to destroy the translocator, or it would often be stuck in some place she didn’t want it to be. To that end, you can now destroy it by looking towards it and pressing the Interact key. Also, Stealth giving you 75% bonus movement speed forever was… a bit strong. This bonus has been lowered to 50%. In addition, she can no longer contest objectives while in Stealth, since she that would just be super frustrating with infinite duration.

These changes are really interesting for her as now she is in complete control over when she reveals herself, allow her to time her hacks better for her team, or go for a back line ambush during a critical moment in a team fight.

I guess that was more than a hint.

These changes are probably still being actively worked on—they haven’t appeared on the PTR yet—but this would make Sombra a hyper-mobile, infinite stealthing and re-positioning monster of an assassin. If you thought Genji was frustrating, imagine Sombra appearing from out of nowhere to hack your back line healers and then blinking out.

Sombra would still maintain her weaknesses: comparatively low damage, squishiness, damage interrupting her hack’s channel… but this rework could go a long way towards making her a competitive, must-pick damage hero.

That being said, all changes can still be tweaked before hitting live servers, so Sombra mains may want to hold the hype until we get more information on when this rework could be delivered.