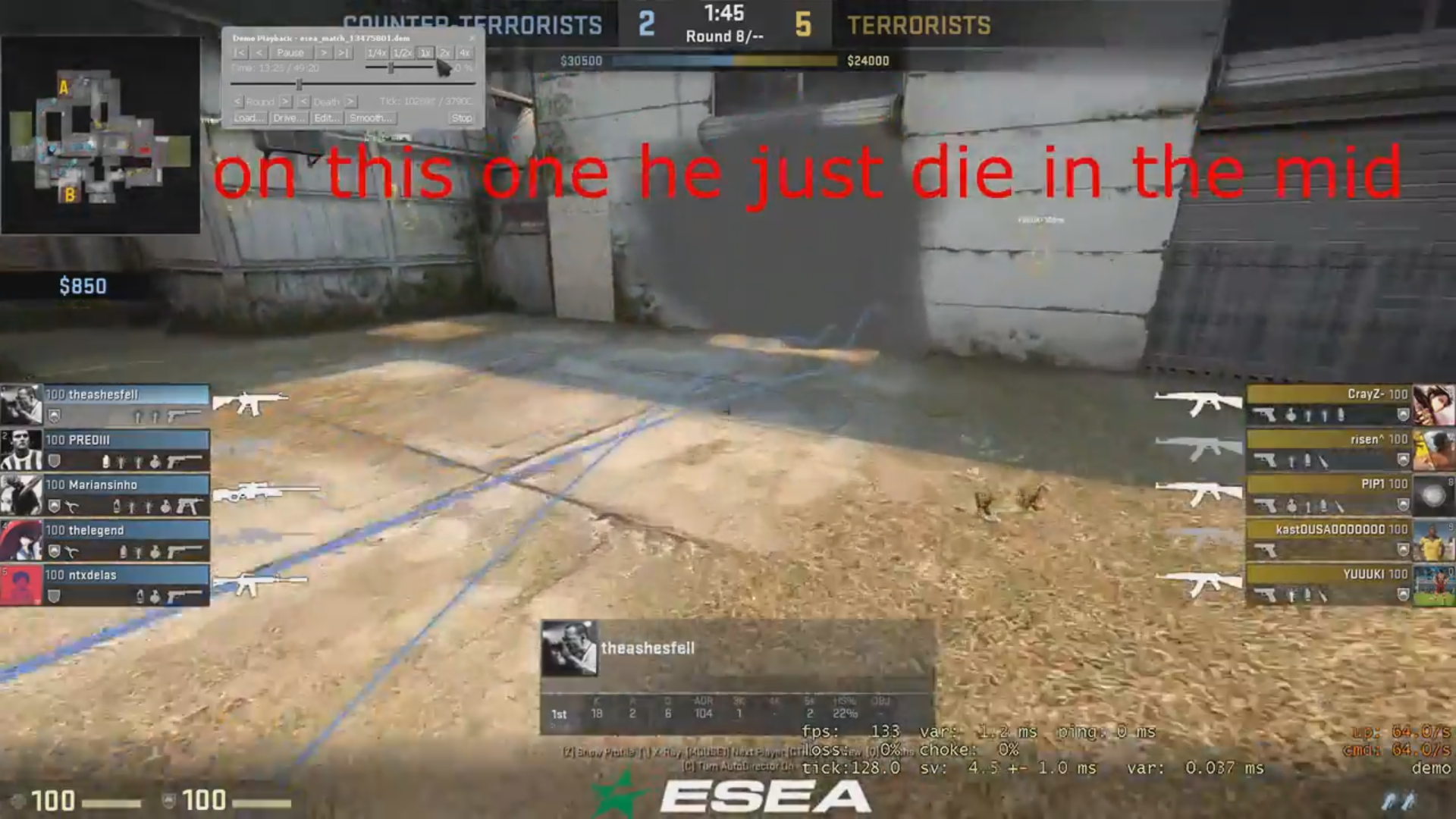 ESEA is a fantastic platform for both semi-professional and up-and-coming CS:GO players to hone their skill and contend against fellow players. The platform has a leader board, divided into ranks based on the players skill level. The highest tier of the leader board, branded Rank S, is reserved for the “crème de la crème” of players, featuring incredibly gifted individuals, including those that play professionally.

Recently it emerged that there was foul play involved in the South American ESEA scene, where players were relaying information to friends on the opposite side of the playing field, effectively granting them access to an unfair advantage. The phenomenon is called “ghosting”, whereby either teammates or, in this case, opponents with a mutual goal, exchange information, granting their friends access to information they simply wouldn’t have access to by nature of the in-game function that prevents people from seeing the movement of the opposing team post-death.

Reddit user CrayZ- created a post, where he gave a comprehensive outline of how three individuals colluded to bolster their friend’s rank, promoting him into the Rank S elite through dishonest ways. Below is a video, which is in Portuguese, but from viewing it in full and reading the annotations, one could come to the conclusion that players had access to information that is normally unavailable:

The videos have been brought to the attention of ESEA representatives, who are in the process of looking into the foulplay. If evidence is sufficient, the likelihood of the involved parties being temporarily disqualified from participation in the league and having the match victories in question revoked is very high.