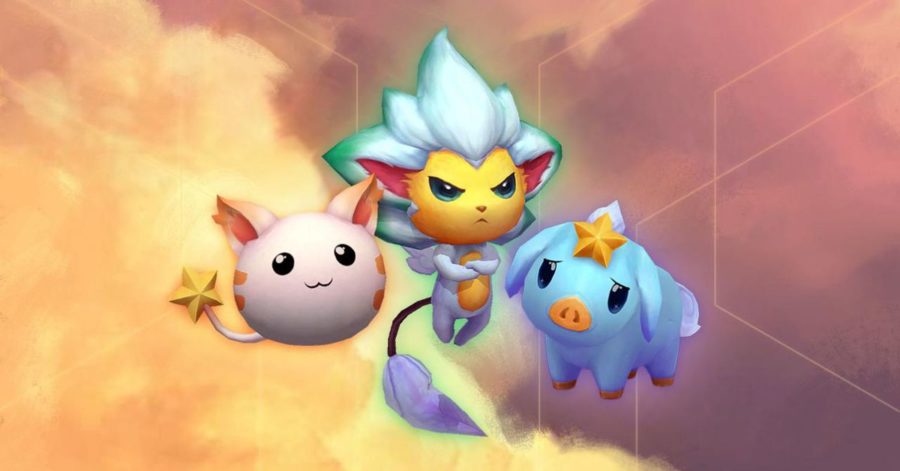 Dango, Fuwa, and Shisa, are three new Little Legends that are classified as Series 4. While Dango and Fuwa seem new, Shisa is actually Star Guardian Soraka’s familiar, and can be seen in her splash art, as well as in a summoner icon. The other two haven’t been seen before, but are a welcome addition to the Star Guardian universe.

Each Little Legend has six forms including its base form. We don’t know too much about what the other forms look like, but Riot did show off what the upgraded base forms look like in its announcement post.

As usual, these Little Legends will only be available in their usual loot box forms. If you need a refresher on how to upgrade your Little Legends or how the egg system works, we have a guide for that.

These adorable new friends will make their way to live servers in patch 9.18, alongside the launch of the new items for Teamfight Tactics and a new batch of Star Guardian skins.