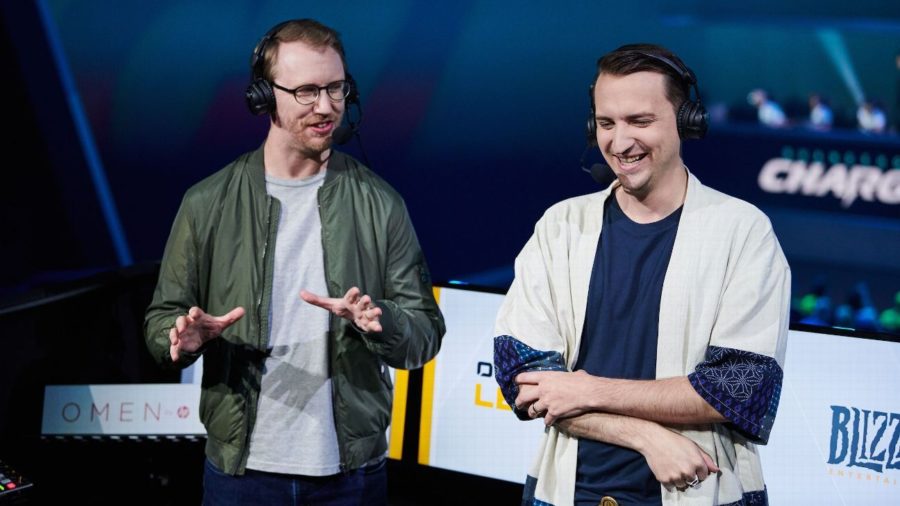 Play-by-play commentator Erik “DoA” Lonnquist announced his departure from the Overwatch League on Monday, stating he would move to a full-time freelance role with sights on returning to League of Legends and Hearthstone and commentating Teamfight Tactics.

DoA is the third major broadcasting talent to move on from the Overwatch League ahead of the league’s third season, which will see all 20 teams travel to compete in a home-and-away format in North America, Europe and Asia.

On Dec. 31, DoA’s long-time commentary partner Christopher “MonteCristo” Mykles announced he too would leave the Overwatch League. A day later, on New Year’s Day, veteran host Chris “Puckett” Puckett also departed the league — stating he had moved back to New York after his wife, Molly, received a promotion at her work that saw them leave Los Angeles.

With the departure of talent, the Overwatch League has made three hires for its broadcasting team so far, including two former players. Former Houston Outlaws flex DPS player Jake “Jake” Lyon and former Los Angeles Valiant support Scott “Custa” Kennedy will join the broadcast for 2020 after retiring from pro play this offseason. Pairing with Jake on the desk will be Andrew “ZP” Rush, who has been a part of the Overwatch Contenders and Overwatch World Cup broadcasts.

The departure of DoA, MonteCristo and Puckett has started a conversation around the league’s stability headed into what will be its most important season yet.

With 20 franchises — some with owners such as the New England Patriots owner Robert Kraft, Los Angeles Rams and Denver Nuggets owners the Kroenke family and Sterling.VC, a sister company of the New York Mets — buying into the league for anywhere from $20 to $60 million between two seasons, the league has high expectations.

Yet the game has not rivaled games with similar investments, such as League of Legends, in esports viewership. In December, League of Legends developer Riot Games announced its 2019 World Championship Finals had an average minute audience of 21.8 million. By comparison, the 2019 Overwatch League Finals raked in just 1.12 million.

Throughout his career DoA has casted StarCraft II, League of Legends, Hearthstone, Overwatch and others. He gained fame for commentating alongside MonteCristo as the staple duo of the English-language broadcast for League Champions Korea, the South Korean League of Legends professional league, from 2012 to 2017.