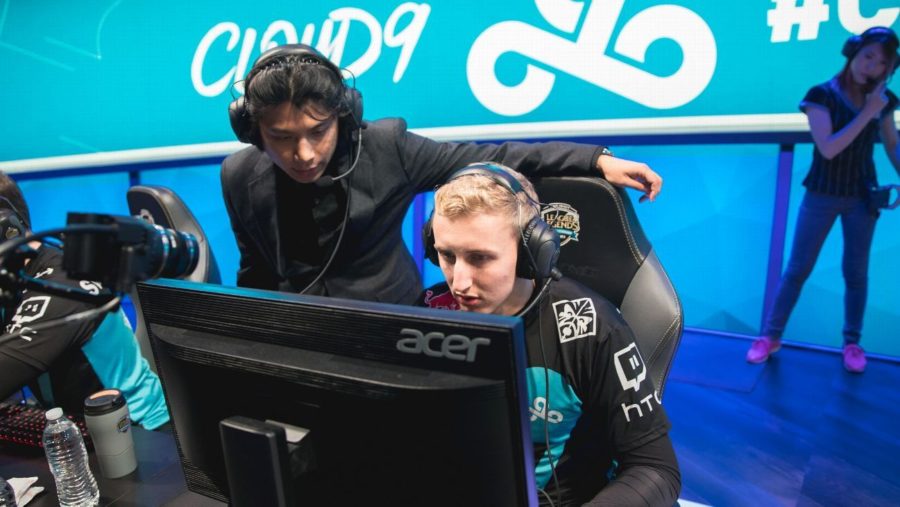 Team Liquid and Cloud9 face off at Oracle Arena, home of the Golden State Warriors

The center of the NBA world and home of the back-to-back NBA champions, the Golden State Warriors, will become the center of League of Legends fans’ attention, too — for this weekend, at least, as the North American League Championship Series Summer Split champion will be crowned in Oakland, California, this coming weekend.

Defending champion Team Liquid will look to replicate the Warriors’ doubling down on titles when it takes on Cloud9, a former domestic champion in its own right whose journey this season has seen it rise from the bottom of the standings to being nearly unstoppable in the second half.

While the LCS franchise owned by the Warriors, the Golden Guardians, didn’t make it to Oakland, that doesn’t mean the NBA champion won’t be on the minds of the players as they step foot in the home of Stephen Curry and Kevin Durant on Sunday. With those stars in mind, here’s how the masters of Summoner’s Rift compare with the players heading back to the hardwood this fall to try to complete the elusive three-peat.

When it comes to playing in championship finals, Doublelift and the two-time NBA MVP have a lot in common. While this is Doublelift’s second consecutive final with Team Liquid, it will also be his sixth straight final in seasons when he has played an entire season.

Doublelift has established himself, maybe even above former teammate Soren “Bjergsen” Bjerg, as the league’s greatest player. He’s led three different teams to championships over the past three years.

There is a catch, however. Bjergsen has four league MVPs. Curry has two. Doublelift? Zero. Nada. Although he’s earned the runner-up spot multiple times and been close to winning the league MVP, the award has eluded Doublelift his entire career.

That, though, should change this weekend, as Doublelift smashed his peers to become first-team All-Pro AD carry and is the odds-on favorite to earn the individual accolade. If he can take home another domestic title victory over C9 and receive the MVP hardware, all that will be left for Doublelift to solidify himself as the United States’ greatest all-time League of Legends player will be a deep run at this year’s World Championship in South Korea.

It’s not always easy playing second fiddle to the player who’s on all the sky-high billboards. Where Doublelift and Curry get all the headlines and publicity, Thompson and Xmithie put in the work to make sure their partners stay at the top of their games.

Thompson will go down as one of the best shooters of all time next to arguably the best shooter ever to pick up a basketball, and Xmithie might be the best native jungler in the history of the NA LCS. Xmithie and Doublelift played together on Counter Logic Gaming back in the day, and they teamed up once more this year to great effect.

Xmithie’s goal — making it to Worlds for the fifth time in his career — is already locked in thanks to a win against 100 Thieves in the NA LCS semifinals. Next on the docket: the summer split title. Doublelift can continue getting the fanfare as far as Xmithie is concerned.

When Impact plays against C9, he will face opponents he might know even better than his current teammates.

Impact was Cloud9’s star top laner last year, and he left during the offseason after Cloud9 barely missed out on the Worlds semifinals. While it felt like a no-brainer that Cloud9 would bring back the stalwart top laner, Team Liquid opened its pocketbook to snatch Impact from its domestic rival and build a team worthy of being the best in North America. Like Durant, he turned a stellar roster into a nearly unstoppable juggernaut.

To add even further value, Impact becomes a North American resident following the 2018 season, which means the addition gives Team Liquid even more flexibility in the coming summer if it wants to fill another import slot in the starting roster.

The only difference between Durant and Impact is that Impact actually won a world title before switching teams. Impact became a world champion all the way back in 2013 on SK Telecom T1 before making the move to North America in 2015 and playing in the region ever since.

Green was selected with the 35th overall pick in the 2012 NBA draft by the Warriors, and he won’t let you forget it. The perennial All-Star has always carried a chip on his shoulder after being passed over in the draft for players who don’t play in the league anymore, and that boulder-sized weight on his back is the same one Cloud9’s Goldenglue carries coming into the final.

Goldenglue has for years been more of a meme than a player. Although he’s considered a genius in scrimmages, his performances on the main stage left a lot to be desired. Teams tried with Goldenglue, most recently Team Liquid last year, and hoped to get him to become the mid lane starter his peers believed he could be, but the practiced skill never transitioned onto the big stage.

With Cloud9, however, Goldenglue has finally started to break out of his shell. The scrim master subbed in during Cloud9’s semifinal match with Team SoloMid and helped his squad come back from a 1-2 deficit to take out the winningest franchise in NA LCS history. Goldenglue wasn’t the star in those victories because he was stuck on Malzahar lockdown duty for two games straight, but it was a moment that changed his career forever.

He beat TSM. He beat the four-time MVP Bjergsen with his back against the wall. Now, who knows what the future holds for the most perplexing player in the U.S.?

Cousins, the newest Warriors signee, is an All-Star looking for redemption. After going down in January with an injury that kept him out of the lineup for the New Orleans Pelicans through the postseason, no one wanted to bite on giving him a big contract coming off of a major injury.

So, to regain his value, prove his worth for the coming offseason and win a title in the process, he joined the Warriors for the 2018-2019 season.

Svenskeren is in a similar spot. Following countless winning seasons on TSM, things went awry at last year’s World Championship. The North American champion, a heavy favorite to get to the bracket stage, didn’t even make it out of the group stages.

This led the three-peating TSM to push the reset button, and Svenskeren was one of the first casualties. Since joining C9, the Danish jungler has been attempting to rebuild the career that came tumbling down when he parted ways with TSM. Though he’s lost his place as starting jungler and has been relegated to coming off the bench for the second half of the summer split, he was the hero in C9’s comeback win over his former franchise in the semifinal.

Svenskeren’s redemption story might take another turn if the team decides to start the veteran after a stellar semifinal performance.

Both former players. Both highly respected in their careers as players and coaches. Reapered played with some of the best League of Legends players to ever download the game. Kerr played with Scottie Pippen and Michael Jordan. Both are sometimes criticized for their lineups or how they handle players, but the results speak for themselves, and Reapered has stayed steadfast in how he handles his team, and has made sure to let the community and fans know to “chill.”

His résumé this split includes integrating three rookies into a struggling roster, turning his team around to capture a first-round bye and earning a best-of-five victory against TSM to qualify for the World Championships. At this point, no matter how questionable his moves seem, it’s tough to doubt Reapered’s approach.