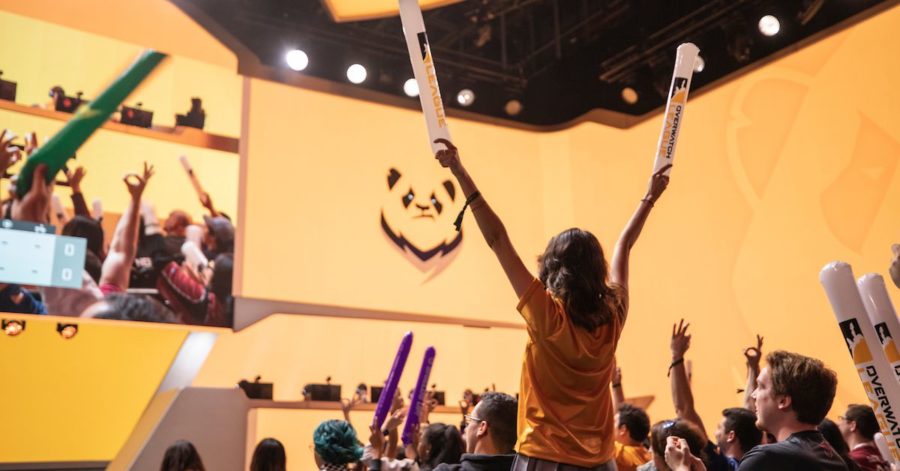 The Chengdu Hunters’ main tank, Wei “jiqiren” Yansong’s visa has finally been approved. We can expect him to join the rest of the team in Los Angeles in the days to come, after the Hunters fell just short of the stage two playoffs. What could jiqiren bring to the table? Let’s delve into the history of the Hunters’ new main tank to find out.

Jiqiren debuted in February of 2017 on the legendary Chinese team, Miraculous Youngster, as the team’s main tank. It’s important to remember that jiqiren played alongside current teammates Ma “LateYoung” Tianbin and Zhang “YangXiaoLong” Zhihao, as well as being coached by Xingrui “RUI” Wang, the current head coach of the Chengdu Hunters. After nearly a year of success, the team would disband and jiqiren would join the Shanghai Dragons’ academy team, Team CC, for three Overwatch Contenders seasons. After this Contenders tour, he signed with the Chengdu Hunters.

Jiqiren’s style is very aggressive. He’s going to make fans think of Park “Bumper” Sang-beom, and the comparison isn’t completely unwarranted. His Reinhardt is where he finds comfort, but jiqiren can easily break out a very serviceable Winston. Think of jiqiren as a more rough, unpolished main tank. He certainly has his moments of glory, but his style can be so overpowering as to land him in hot water. A great example of this problem rearing its ugly head comes from one of the last times we’ve seen him compete.

During Overwatch Contenders 2018 Season 3, Team CC were early adopters of the GOATS metagame. Playing through a third-party event and the early weeks of the regular season, Team CC were dominant with their aggressive tank play, spearheaded by jiqiren. As the regular season progressed, Team CC’s style was slowly being solved. During Week 4, Team CC played a surprisingly close match against LinGan e-Sports and during Week 5 they were demolished by T1w Esports. Team CC’s slump continued into playoffs as they fell to Flag Gaming, 0-3 in the semifinal. One binding thread in Team CC’s slow decline was their rigid investment into playing behind jiqiren’s call.

What I want to stress is that the primary reason that caused the team’s downfall not was jiqiren’s skill, so much as it was a failure to adapt his playstyle and how it affected the team. After playing one way for the entire season, other teams were quick to reverse engineer and develop consistent counters to their aggressive nature. Jiqiren has talent; he just needs to be molded and put within a proper system — much like the one that coach RUI has concocted with the Chengdu Hunters.

However, I don’t expect that we will be seeing too much of jiqiren in Stage 3.

It’s difficult to imagine that the team has had time to practice with him due to his time spent in China waiting for visa approval. Another thing to remember is that jiqiren was added to the main roster later than his teammates. Now, this could be due to contractual obligations with his previous team, Team CC, or it could be that the coaching staff saw potential holes in the roster that needed to be filled after their first few practice blocks and he was the late solution to those problems. What I will say is that their style was always going to be considered different.

With coach RUI’s experience in playing and coaching esports, I had no doubt in my mind that the Chengdu Hunters were going to have a style all their own. With that context in mind, why change something that is working? Why substitute Ameng’s diverse hero pool for something more rigid? Unless they plan on utilizing his fluidity to perhaps have him start over flex tank Elsa on certain maps, I don’t see a world where the Hunters should be making wholesale changes.

Overall, this does help them on certain maps where the triple support and triple tank composition is inevitable. Finally having all the pieces on the chess board will allow RUI to begin to continue to craft more interesting strategies. But RUI needs to work with him and the team. If we get the same jiqiren featured in Team CC, he’s going to need a lot of support. It’s not that Chengdu can’t accommodate him or his style, they just need to practice playing around him as a very highlighted focal point.

While I don’t think we’ll see jiqiren much in Stage 3, Stage 4 and the wildcard gauntlet at the end of the season is going to be where the Hunters crack open their pocket main tank. As the seventh-through twelfth-place teams fight for the last two spots in the seasonal playoffs, I’d imagine the Chengdu Hunters will be hitting their stride with jiqiren behind the scenes, which will make them even more potent.

We have yet to see the Chengdu Hunters in a playoff format and with how difficult it is to prepare for them and how unorthodox they tend to be, you could assume that they would be more suited to playing in this environment. Yes, you could say that teams also have more time to do their homework and study them–but when it comes to putting plans in motion, no one quite moves like Chengdu. No one plays quite like Chengdu. No one thinks quite like Chengdu. You may have a detailed blueprint in how to beat them, but until pencil meets paper, you have no idea if your plan actually works.

They’re that different — and the addition of jiqiren only benefits them in the long run.