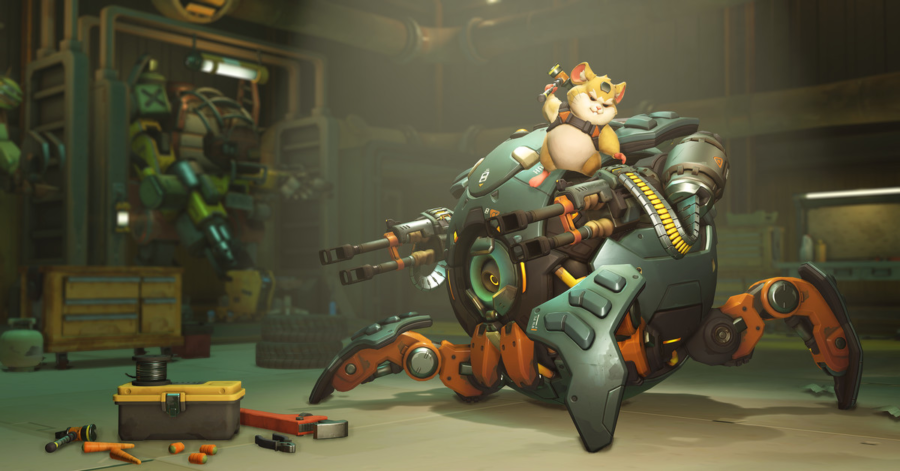 The current Overwatch meta is in one of the healthiest places it’s been in awhile. Following the release of the game’s newest tank, Wrecking Ball, a series of changes were introduced that made every support hero viable. In turn, this opened Overwatch up to many different compositions that actually worked. If this isn’t the healthiest meta we’ve ever seen, it’s very close to it, making fall of 2018 an excellent time for newcomers to start learning Overwatch.

For what seemed like an eternity, Mercy enjoyed an incredibly high pick-rate both in casual and professional play. Between her mobility, healing output, and Resurrection ability, choosing another main healer usually put you at a disadvantage. After patch 1.27.0.1, however, her healing output was changed from 60 HP per second down to 50 HP per second, officially ousting the iconic medic from her support throne.

With Mercy out of the way, we have seen a resurgence of both Ana and Lucio who received buffs in the same August patch. According to OmnicMeta, Ana has seen a 20% increase in play at Grandmaster level while Lúcio climbed 10% since the patch dropped. These two heroes have had the most dramatic impact on the meta due to their AoE heal potential and unique ultimates, making support play feel reminiscent of late 2016 Overwatch. Unlike the strict “tank meta” of the past, though, having a stronger Ana and Lúcio has led to much more aggressive swaps to handle specific situations.

Even though Mercy and Zenyatta (a collateral damage of the Mercy nerfs) have fallen out of favor, most pros have been happy with being able to play the other healers.

”I get to play a lot of new heroes versus staying on Mercy for, like, 90% of the time in Overwatch League, so that’s really good,” says Christopher “Bani” Benell of the Houston Outlaws. “There’s a lot of swapping right now which adds another layer of strategy to the game.”

The rise of GOATS

Indeed, compositions at both Overwatch Contenders and the Overwatch World Cup have been much more fluid. Some teams alternate between balanced comps and heavy tanking throughout a map, making for an exciting viewing experience. One interesting development has been the rise of the infamous “GOATS” composition in pro and casual play, named after the Open Division team that popularized it.

To put it simply, GOATS now refers to having three tanks and three supports, including Lúcio for Speed Boost and Sound Barrier. The core strategy with GOATS involves throwing an armored, boosted meatwall into the heart of the opposition. If done correctly, enemy DPS will have a very difficult time chipping away at your HP pool through all the buffs and AoE healing, making it easy to take over objectives with no deaths so long as the fighting stays in close quarters. Popular tank picks for this comp are Reinhardt, Zarya, and D.Va, while Brigitte, Moira, and Ana make for the most logical backline choices with Lúcio.

Though GOATS can be tricky to deal with, it’s not impossible. Bani suggests that projectile DPS can handle it with ease, while others have said that the only real counter to GOATS is your own GOATS comp. The much-improved Sombra can often be the key as well. Now that she has infinite stealth thanks to 1.27, Talon’s sneaky hacker is even more obvious a counter to difficult compositions than she was before.

While Sombra has been giving people fits due to her invisibility, Wrecking Ball has proved to be a useful frontline weapon in the right hands. His aggressive, mobile style makes him ideal for both dive compositions and defense. Wrecking Ball’s Grappling Claw does take some getting used to, but you can do a lot of damage once you’re comfortable swinging around and targeting people below you.

”I really like [Wrecking Ball],” says Bani. “I like the design of the hero, he takes a lot of skill. The way he’s played is just really cool, and I hope we get a lot more heroes like that.”

Bani’s right — Wrecking Ball’s potential seems to only be limited by your own imagination. For example, one popular trick many players have been using is grappling onto a payload and spinning around it. Known as “Wrecking Ball Roulette,” this strategy can be particularly difficult to deal with if your composition isn’t ready for it. Some basic counters to this include Ana’s Sleep Dart and Brigitte’s Shield Bash. One aspect of Wrecking Ball’s kit that not everyone is in love with is his ultimate ability — Minefield. This ultimate deploys 15 mines around Wrecking Ball, and it has a conal spread if you use it in midair. It’s a good enough ultimate for area denial, but it usually takes awhile to charge, and the payoff is often nonexistent. Dallas Fuel offtank, Pongphop “Mickie” Rattanasangchod, told press after the Overwatch All Star Game that he thinks the ultimate is bad, suggesting that the charge time is too long for an ultimate that can’t win a fight.

Whenever a game is esports-ready, there are always conversations about how it should be balanced. Making sure the meta is deep enough for pro players but approachable enough for new players isn’t always easy, but 1.27 seems to have found that balance. Every tank has a place, most healers work just fine, and DPS pick-rates haven’t changed much.

If anything, perhaps Soldier: 76 could have used some love. He’s as average as ever in this meta, but sustained DPS still hasn’t really been all that attractive in Overwatch, and Tactical Visor remains one of the most easily avoidable ultimates in the game. Now that the GOATS composition is so popular, he’s had an even more difficult time finding high-value kills. As it stands, Soldier is still best utilized as a quick counter to an unexpected Pharah swap, but staying on him any longer than necessary could lead to dropped fights.