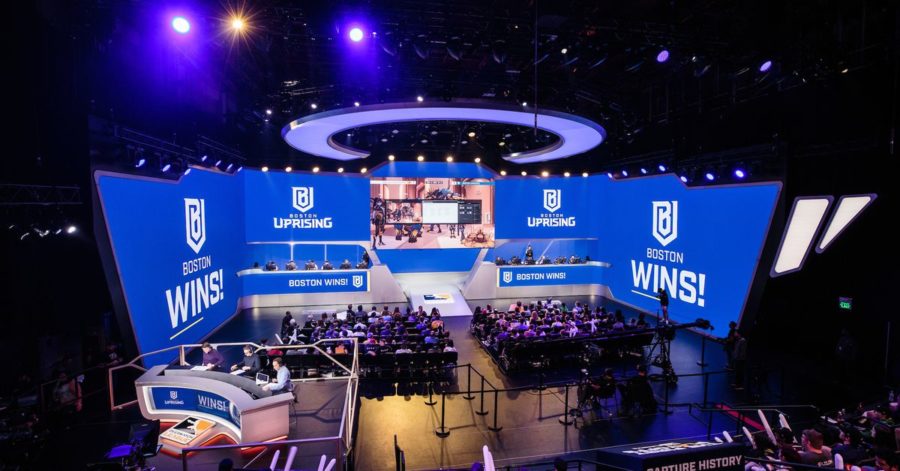 The Overwatch League has failed at transparency

The Overwatch League, at its finest, promises an experience that draws from the best of both traditional sports and esports. There’s a lot of potential to the esport, and it’s genuinely wholesome to see families cheering together from the crowd, or young fans getting involved in their first esport. There’s a sense of wonder there, and if you don’t think about it too hard, you can buy into the magic of the experience.

The longer one looks at the scene, however, the clearer it becomes that the League still has some serious issues.

The truth is, while Blizzard tries to make Overwatch the best competitive experience possible, and each team in the league tries to build a community that is tied to their brand, one of — if not the biggest — draws in the league are the players themselves. The crowd will cheer “Sooooooon!” from the stands, or go nuts at a Pine play. They buy jerseys branded with players’ tags, and draw fan art of the players in their off time. The league is built off the faces and reputations of these young people, but is it doing enough to protect them?

The question is especially relevant with a recent report from VPEsports, which alleges that the management of the Boston Uprising made serious errors that affected the players’ performance and health. The report alleges that Chris Loranger, president of gaming at the Kraft Group, verbally attacked staff members to the point of tears, provided inadequate housing for players, and released one player with no notice and refused to buy him a plane ticket home.

Loranger has responded through a Medium post, denying the most serious allegations and saying that the circumstances the Uprising went through were largely in line with the experiences of most Overwatch League teams.

There are two stories here, and although there are some points they have in common, there is a conflict. If VPEsports’ report is accurate, there is something seriously wrong with the Uprising that likely requires intervention. If Loranger’s account is correct, the league needs to ensure that it’s doing everything it can for player management, welfare and happiness.

This isn’t the first time something troubling has happened inside a team. While the gaming industry is currently talking about crunch and labor conditions after a recent Rockstar controversy, we can often forget that is an issue in esports as well. The Shanghai Dragons had a 0-40 record, but trained 12-hour days, six days a week — an amount that goes beyond diligence and into dangerous. The Dallas Fuel needed to take a mid-season pit stop to seriously reflect and invest the way they treated mental health after players burned out under the pressure.

There still is no real code of conduct released, and Blizzard hasn’t made its standards of player behavior crystal clear. In February, the Overwatch League released a Rules of Competition summary. Esports reporter Richard Lewis later released a copy of the guidelines on his website. In a statement to Heroes Never Die, Blizzard noted that: “The league rules, which include the code of conduct, is a living document created with input from teams and players. They’ve had a copy of the rules doc since the inception of the league.”

In January, Overwatch League commissioner Nate Nanzer told the Telegraph in an interview: “There are so many things that have to get done in order to launch the league. We definitely want to publish the rules on the website – if you go to NBA.com you can download the rules, right? We want to have the same thing – it’s something we’re working towards, I don’t know the exact timeline, but it’s something that we’re working on, and I think we’ll have it published within the next few months.” The long and the short is that we’re not 100 percent sure how players are treated in the league, and when allegations like the ones against the Uprising come to light, no one is sure what investigation will look like or what comes next. While teams release their own content and provide their own community spaces, that’s not the same as full transparency.

With all of the above in mind, it’s no surprise that a new kind of investigation and dialogue has popped up on Twitter and Reddit. The community /r/OverwatchTMZ, merging Overwatch with the popular celebrity gossip website, is flourishing in the off season. The community description, clearly written tongue-in-cheek, reads: “Post taken down from [/r/competitiveoverwatch] because it’s useless but entertaining garbage content? Don’t be alarmed! There exist other garbage people who will gleefully speculate, project upon, and pitchfork overwatch pros who fuck up on Twitter. THIS IS OUR HOME”

Then there’s Michael “mykL” Padilla, an aspiring Overwatch journalist who has been covering the roster moves throughout phase two. Leaks have been a standard part of the Overwatch League scene (and indeed, esports) for quite some time, but teams are still figuring out how to balance player welfare with the pressure that can come from leaks.

Padilla’s content isn’t so much a scalpel as a battle ax. A recent video on Jonathan “DreamKazper” Sanchez opens with Padilla cheerily asking viewers how their days were and informing them of his recent coaching success before acknowledging that they clicked the video for details on DreamKazper, who was removed from the Uprising after credible allegations of sexual misconduct involving minors. “That is right, guys, you heard it here first — he is still playing Overwatch. […] But that’s not all, guys, we’re talking more about this Boston Uprising and Dreamkazper pedophile situation.” 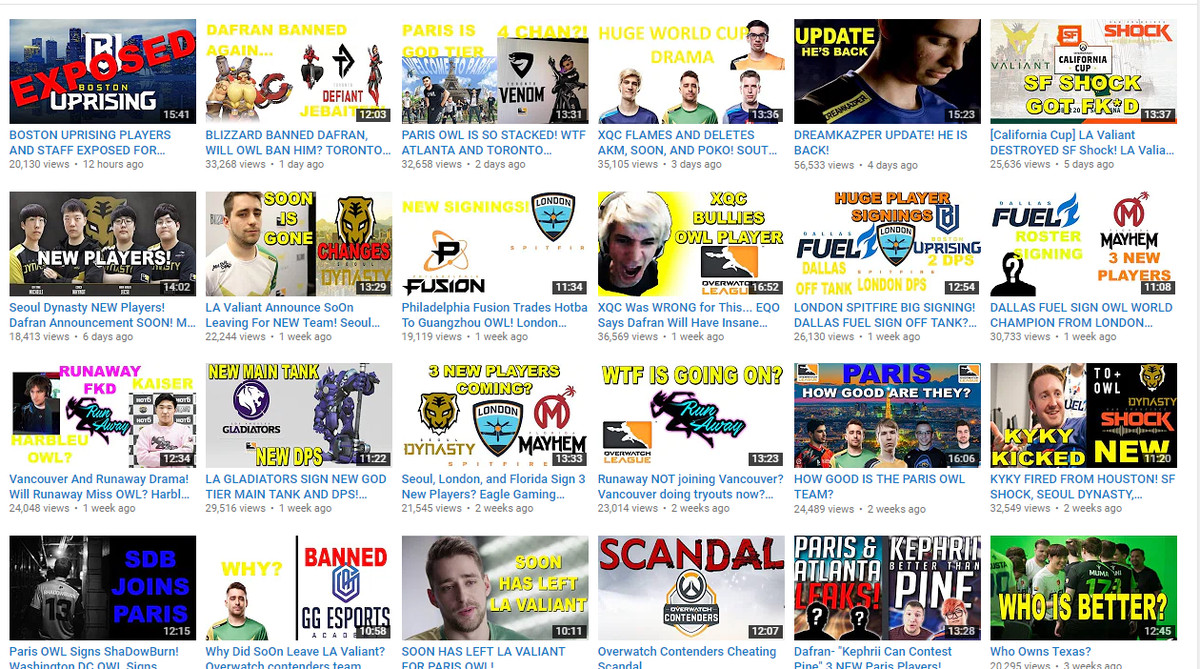 Padilla’s trading in journalism, but he acts more like a showman, announcing that he will be announcing leaks in advance. There’s certainly a market for his content, but it raises the question of the ecosystem around the Overwatch League. This is especially true when Padilla’s content goes beyond simple signings and into serious allegations against managers.

In the end, it’s not a surprise that a figure like Padilla would emerge into the Overwatch scene; it’s a simple consequence of the lack of transparency, combined with the sheer spectacle of Blizzard’s league. The very first advertisement we got for the Overwatch League promised that anyone could be a star, with our hero Krusher99 going from his PC to rubbing shoulders with Serena Williams. If anyone can be a star, why does it have to be limited to the stage? And if that star has the info fans want about teams and players, why not buy into the act?

Herein lies the central conflict around the Overwatch League, the problem that has plagued the ecosystem since day one. There’s the aspirational nature of the league and what it wants to be, and then there’s the fact that its made up of imperfect people who are thrust into the spotlight and often struggling with scheduling, stress and a whole new situation.

There’s no one cure for this complex situation, but transparency and support are a must. So far, the Overwatch League has failed at giving us a look at these problems, and how they’re being solved. We often hear that the teams and league are working on infrastructure, but it’s often in an abstract sense. As we head into season two, the Overwatch League will need to open its doors and invite inspection. Otherwise, the question of sustainability and player safety will continue to be raised again and again.