The Overwatch PTR update includes a new Torbjorn, a Pharah retool, and more

After today’s Developer Update, we’ve been waiting for the follow up PTR patch with all of the information on heroes like Torbjorn and Pharah. All of that is here, along with massive quality of life improvements.

Before we dig into the hero balance, let’s take a look at how the developers are making Overwatch a little easier to read.

Customize how team colors are displayed in your UI (e.g. nameplates, HUD, health bars) and hero outlines with a set of nine different colorblind-friendly colors to choose from. You choose to colorize enemy and friendly UI separately as well. These options can be found under Options > Video > Color Blind Options. All changes made will be saved and ready for you to see in the next match you play!

Updated visuals for all shields and barriers to increase readability

This quality of live change is super simple, but it’s the sort of thing that really makes a difference for colorblind players or even people who are trying for the top. Being able to read combat is the first stage to improving. According to the Developer Update, there will be more changes to come with colorblind players in mind, so keep an eye out for more functionality and UI changes as the year progresses.

Developer Comments: The health of Brigitte’s barrier was extremely difficult for most heroes to deal with even as she was able to close the distance with her targets. This change still provides Brigitte with substantial survivability but should also be more rewarding for opponents who pressure her.

Brigitte’s shield bash has already been hit with nerfs, lowering its duration and area cone. Now, her shield will be a little easier to take out. She’ll still frustrate Widowmakers, but a Soldier: 76 or Orisa will have an easier time applying pressure and making sure she can’t stay on the front lines forever.

Next up is McCree, who gets a small buff.

Cooldown reduced from 8 to 6 seconds

Developer Comments: Previously, the cooldown of McCree’s Combat Roll felt too restrictive, which sometimes prohibited players from using it. The new, faster cooldown should allow for more flexibility when choosing between using it for mobility or an instant reload.

Combat Roll is a pretty important ability because it reloads his weapon, making a Fan the Hammer, Combat Roll, Fire combo crucial to players who want to master McCree. As his damage got nerfed over time, it makes sense that he now has greater access to his roll. This isn’t something that’ll make McCree a top tier pick overnight, but it’s nothing to sneeze at either. 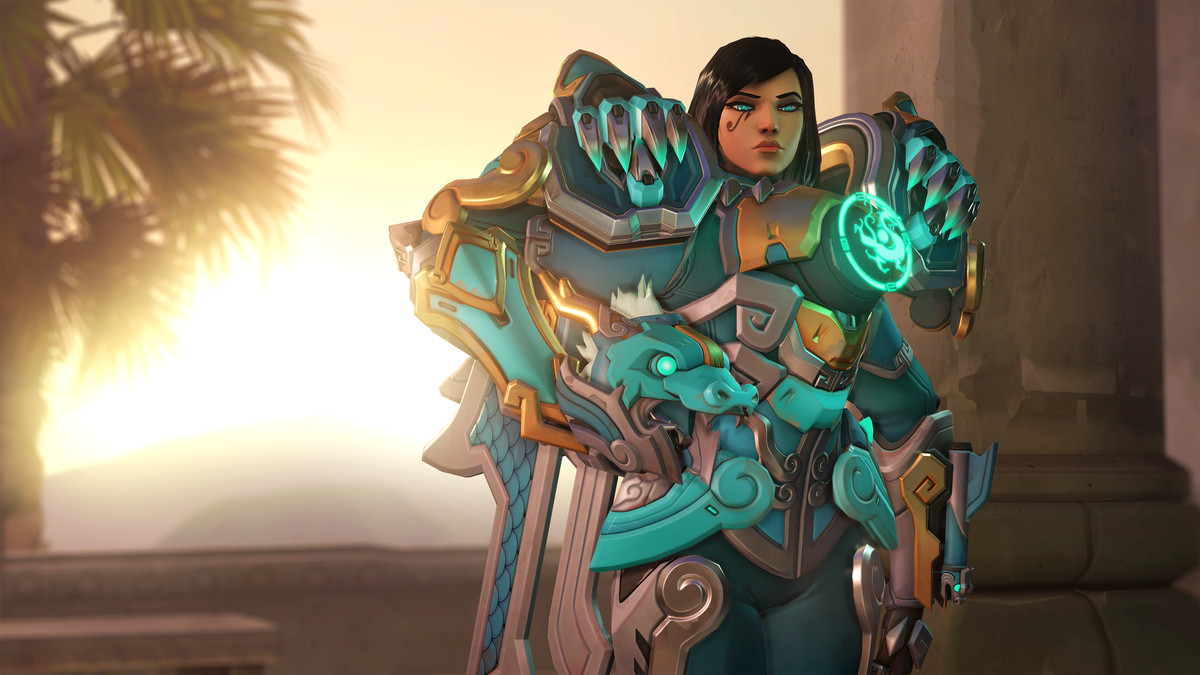 Now, Pharah gets a pretty significant set of changes. This isn’t quite a rework, as the mechanics are all unchanged, but the numbers have been significantly shifted.

Cooldown reduced from 12 to 9 seconds

Lowered recovery between shots from 0.9 to 0.75

Damage redistributed between explosion and impact

Explosion damage reduced from 80 to 65

Impact damage increased from 40 to 55

Developer Comments: We wanted to increase how responsive Pharah’s Rocket Launcher felt. Having almost a full second of recovery between shots made it feel sluggish. To balance out the improved recovery time, we shifted some of the damage from the rocket’s explosion to the direct impact damage. The overall damage potential is now increased when landing direct hits and decreased slightly when only dealing explosive damage. We reduced the amount of knockback each explosion causes, as they made it very difficult to aim at Pharah while rockets came in at a faster pace. The Concussive Blast cooldown reduction should allow the ability to sync up more closely with the Jump Jet cooldown when used for mobility.

These changes are going to seriously hurt weaker Pharah players, who focused on hitting people with splash damage over landing direct hits. However, in the hands of high level players who can consistently hit rockets, you should see them doing more damage and getting more Barrages off. Pharah will remain a delicate target in the air, and her rockets will disrupt less, but she should be able to do more damage off and have more tools to maneuver around. In short, this makes her more of a glass cannon and potentially really terrifying in pro play. Developer Comments: Orisa spends a significant amount of time firing her Fusion Driver from a relatively stationary location and the weapon’s spread value caused it to feel too random when leading targets at a distance, taking into account the projectiles’ travel time. We’ve tightened the spread slightly, which should leave her close- and mid-range damage potential largely unchanged, while making it feel better to try to hit targets at longer ranges.

Number of shots until max spread increased from 6 to 9

Developer Comments: Soldier: 76’s damage output was a bit low but not too far off from where we feel it should be. Making it take a few more shots to reach max spread smooths out the weapon spread curve and should help his damage be more consistent.

Orisa and Soldier: 76 both have changes that should make them a little more powerful, but aren’t very blatant. Weapon spread changes should make it feel like your shots are connecting more without seriously boosting the power of either character. When it comes to balance changes, these feel closer to a scalpel than a sledgehammer.

Finally, we have the full patch notes on Torbjorn’s rework. Blizzard’s site has video of each ability in action, allowing you to see what the rework will look like once it goes live.

Reduced the size of Torbjörn’s head hit volume by 10%

Projectile speed increased from 60 to 70 per second

Reload time reduced from 2.2 to 2 seconds

Recovery lowered from 0.8 to 0.6 seconds

Reload time reduced from 2.2 to 2 seconds

No longer has different levels

Now incurs a 10 second cooldown when destroyed in combat

While the turret is firing

If the turret has taken damage within three seconds

Now will complete self-building once deployed, even if Torbjörn is eliminated

Switches weapon from Rivet Gun to his claw arm

Damage increases from 130 to 190 against enemies who have armor

Heroes who can grant armor to their allies: Brigitte

Developer Comments: Torbjörn was initially designed to be a specialized hero, intended to be a strong defensive option due to his armor-generating capabilities and ability to control areas with his turret. However, the scrap collecting and Armor Pack mechanics have proven to cause problematic gameplay issues through their feast or famine nature. In order to make the hero more flexible in a wide variety of situations, we’ve removed the scrap system, made the turret much easier to deploy, replaced the Armor Pack ability with Overload—a powerful self-buff—and transformed Molten Core into a powerful new area denial ultimate ability.

As always, content on the test realm is subject to change as developers and players well, test the content and see how it works.