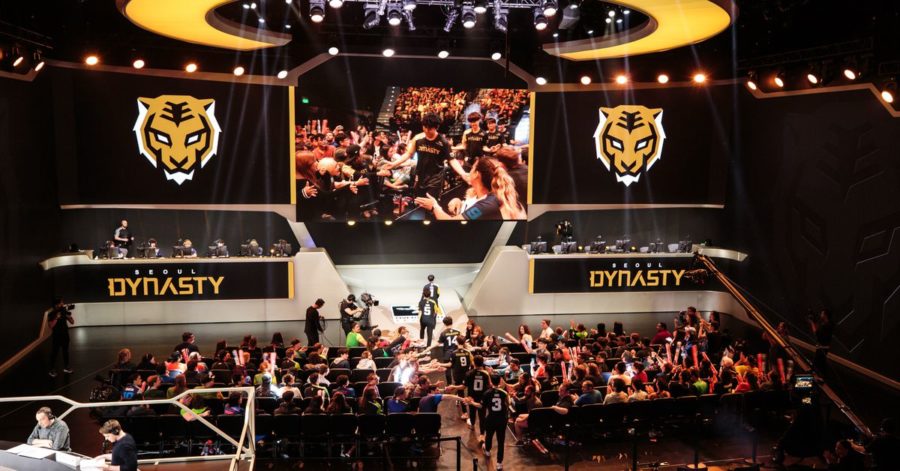 The Seoul Dynasty is set to recovery, rally, and win in Season 2

If you’re into competitive Overwatch, then you’ll already know that Seoul Dynasty didn’t end up being the eponymous dynasty everybody expected them to be. Despite being Matt “Mr. X” Morello’s pick to win the OWL, Seoul didn’t even make the playoffs.

Seoul, captained by Overwatch veteran Ryujehong, were the team to watch early on. Ryujehong captained South Korea to victory in the first ever Overwatch World Cup, and he’s since established himself as one of the most respected players in the competitive scene.

Alongside NYXL and Dallas Fuel, the Dynasty were seen as serious League contenders. Seoul, despite early hype, fell apart late in Stage 2, and never really recovered. A top-three team early on, they placed 8th overall. As a Seoul Dynasty fan, I believe that the team can rally and recover — much like the Dallas Fuel did in Stage 4 — as we prepare to enter the League’s second season.

Seoul’s main problems can be summed up by something NYXL players ArK and Saebyeolbe said in an interview prior to the clash between the two OWL giants: “Seoul play like… Seoul.” With all of the meta shifts that occurred throughout the Season, Seoul’s reluctance to commit to either an offensive or defensive style was their undoing. London are offensive, whereas New York are defensive. Seoul fluctuated between styles two at random, to the extent that the team’s chemistry was never quite there. On top of that, Seoul constantly benched top players in favour of players who hadn’t played together outside of practice scrims. No play style, and so starting team. No more, though.

The reason that Seoul never found their feet in relation to settling on a style of play was because of conflicting opinions within the coaching staff—too many chefs spoil the broth. Their new staff has already released three players – Miro, Gido, and Wekeed. This is a step in the right direction, as there is no need to have a team as expansive as Seoul’s Season 1 roster… although, as a Miro fan since the first OWWC, I can’t help being a little upset.

Gambler is also no longer a member of the active roster, which means that Ryujehong and Tobi will be reclaiming their slots as starting supports. With Ana’s recent buff, and Lucio’s viability in the current meta, Ryujehong and Tobi will be able to play their mains regularly in Season 2. They have been playing together for years, and their synergy is as good as ArK/JJoNaK’s. However, the NYXL duo were playing in a meta that suited them in Season 1; Seoul will enjoy that advantage in Season 2.

Ryujehong and Tobi were the first support duo in the OWL to have used Transcendence to protect a resurrecting Mercy in what seemed to be a lost team fight. This highlights the fact that Ryujehong and Tobi’s synergy and experimentation are nothing to be scoffed at. Ryujehong may have had a shaky Stage 3 and 4, but that doesn’t change the fact that he’s one of the top support players in the OWL. He proved this during the recent All-Stars Weekend, where he displayed his versatile hero pool and unparalleled game sense. If he finds his form early in Season 2, he can really make an impact.

Although Seoul’s second DPS slot was highly-contested for quite some time, Munchkin eventually found his groove and proved himself worthy of being Fleta’s partner. Although he had a rough start to the Season, and was regularly swapped out for Wekeed and Bunny, Munchkin went on to establish himself as one of the better Tracers in the League. Now, going into Season 2, it seems that Munchkin and Fleta will have had the time to work on their chemistry as DPS partners. For the first time, Seoul will have a staple DPS duo, who have been given the opportunity to develop an offensive or defensive play style. This was impossible before, as Fleta never played with the same partner in the early stages of Season 1, and they spent the latter half of the season learning as they played.

There is real hope for the Dynasty. Changes in the coaching team signal a definite change in direction. Perhaps these changes will steer the team towards an NYXL kind of approach, in which the starting six are set in stone, with a few minor exceptions—like the way Janus used to come in for hybrid maps. This alone will stop the breakdowns in synergy that Seoul invited unto itself by never letting any players settle, which came as a result of there being perhaps too many head coaches. With fixed support and DPS duos, Seoul can really commit to a play style—and that’s before I’ve even mentioned the tanks, who are the real reason I’m writing this article.

The most impactful change to Seoul’s roster is the addition of Fissure. A largely unanticipated move, for sure, but one that could make the Dynasty dynastic once more. Fissure is, without a shadow of a doubt, the best main tank in the OWL. That may seem like a subjective claim, but it isn’t. From his ability to eliminate a Pharah/Mercy with a single use of Primal Rage, to his overall flawless game sense in relation to balancing aggression and peel, Fissure is the kind of main tank that makes like Atlas and carries a team on his shoulders. Just look at how much the Gladiators improved thanks to him. They went from a bottom-tier team to serious contenders to win the entire OWL. 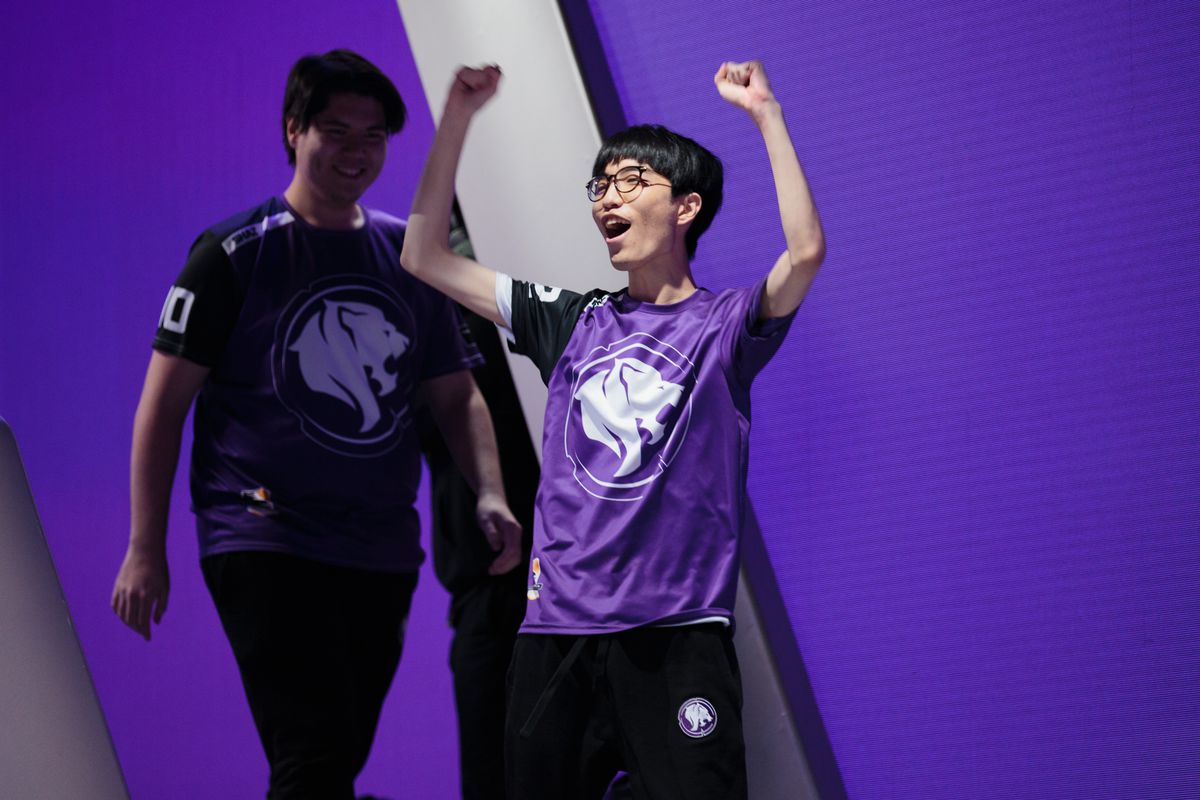 Seoul, despite their relatively weak Season 1 performance, carry a better roster than the Gladiators in terms of individual players. Do you know which role is tasked with making sure that these talented individuals come together and play as a team? Main tank, and Fissure’s the best one out there. Hypothetically speaking, Fissure can engage the enemy team with Zunba, while being kept up by Ryujehong’s Ana, creating space for Fleta to do what only Fleta can do.. Even a team like NYXL could be steamrolled by this Seoul squad. If you want to see just how much of an impact a player like Fissure can have, Brendan Geck posted a video back in March, breaking down exactly how Fissure can win team fights, pretty much on his own.

Although Seoul opted to experiment with their roster, as opposed to playing their best team, it’s likely that their new coaching staff will see that they’re far better off if they commit to a base roster. The fact that they have already released players testifies to the idea that this is the direction they’re going in. Fissure and Zunba have the potential to become the strongest tank duo in the League, alongside the likes of Mano/Meko and Gesture/Fury. If they’re complemented by a solid support duo, like Tobi and Ryujehong, who synergize with each other perfectly, then you’ve got a situation where the supports have the best tank-line in the League in front of them. Support and tank are roles that work interdependently, as the tanks protect the supports while the supports heal the tanks. With Fissure and Zunba in front of them, Ryujehong and Tobi will never die. Let Fleta and Munchkin do their thing and, boom – all of a sudden, Seoul are a Dynasty once more.

It may seem like a minor thing, but it isn’t. Fissure’s transfer solves every issue that Seoul encountered in Season 1. After rotating Kuki and Miro for weeks, Miro got some well-deserved time as first-choice. However, once he fell out of favor, Ryujehong became main tank, turning the whole roster on its axis. Now that the Dynasty have a first-choice, staple main tank, they’ve got a shot at attaining that perfect starting roster. Fissure completely reinvented a lesser team than Seoul after joining the Gladiators from London, so there’s no reason to think he can’t do the same with Seoul’s massive talent pool. Although Seoul wanted two full rosters in Season 1, for weeks in which they had two matches, they seem to be taking a leaf out of NYXL and Spitfire’s books. Map-specific, and even hero-specific subs are fine. If you want Pine on control, or Saebyeolbe when you need a Tracer, that’s fine. However, you’ve got to have that main tank slot locked down. You’ve got to build your team around what ArK calls the “key player,” referring to Jjonak in the case of NYXL. And now, Seoul have that key player in Fissure. Soon, the OWL will see the Dynasty’s return to dynastic status. I believe that Season 2 will be all about Seoul.