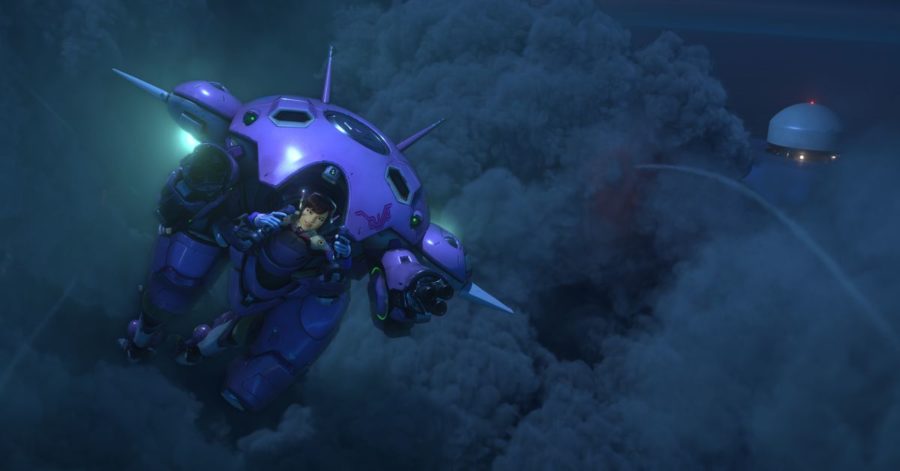 The world of Overwatch is bigger than we think

The world of Overwatch has been slowly expanded since the game’s launch, with a cinematic here and a new hero there. Some of the heroes have been exactly what we expected, with clues carefully laid out beforehand to ensure that we would expect them before their timely arrival. Ana Amari was KIA, sure, but that didn’t stop two other Overwatch founders from joining the main cast. Sombra had an entire months long ARG announcing her imminent arrival, and Doomfist was teased since the very first trailer for the game.

One of the biggest surprises in recent memory was the D.Va cinematic, Shooting Star, because it hinted at a much wider world than we expected. So much of the lore has been heading towards Talon and Overwatch, and their inevitable conflict. Heroes Never Die had a chance to speak with Arnold Tsang, a concept artist at Blizzard Entertainment, about the world of Overwatch and why its creative borders are much broader than we think.

D.Va is, in many ways, one of the most isolated members of the Overwatch cast. When her cinematic arrived, many fans thought it would follow the trend set by Mei and Reinhardt, and depict a character joining Overwatch. Instead, it didn’t even bring the organization up, and we got a whole new supporting cast for D.Va instead.

“The MEKA squad is awesome,” Tsang says. “Ben Zhang, our lead concept artist, designed all the characters and it was something we always wanted to do. We’ve always told ourselves that the MEKA squad could be their own game. We worked with [lead writer] Michael [Chu] and Ben to come up with each archetype. We drew a lot of inspiration from robot anime, Korean dramas, stuff like that.”

The fanbase has seized on MEKA, and is already hard at work shipping them in various configurations, coming up with backstories and AU, and otherwise speculating as to what they’re up to. “We knew MEKA was going to be big, because as soon as we showed our team, people were like oh my god!” Tsang laughs. “We started immediately talking about how the characters connected to each other and the stories, so it’s something we can’t wait to do more of. We’re huge fans of the MEKA squad.”

The MEKA squad aren’t connected to Overwatch, at all, and that’s intentional. Tsang explains: “We want to make the world feel large and big, and we want to have a lot of different things happening. Not everything is related to Overwatch.” Characters like Hanzo and D.Va don’t connect to the Overwatch/Talon story, and that doesn’t make them a B-story — they’re just another layer. “All I can say is we have plans for the story and bringing it all to something, that’s all I’ll say there.”

Korea not being connected to Overwatch is interesting; and it means that Zarya’s story up in Russia likely has a similar scope. If not all roads lead to Overwatch, they could go, well, potentially anywhere.

Overwatch is about human stories and emotions, except when, well, we’re dealing with the omnics. The Last Bastion was a story about PTSD, told in very simple terms. The omnic cast is pretty broad, and they all have interesting origins. Tsang spoke about the Gwishin, a faction of omnics assaulting Korea. “It was interesting to get to expand the ecology of omnics,” Tsang says. The Gwishin are dramatically different than Zenyatta, Bastion, or Orisa.

We also learned a little bit about Zenyatta’s life before he became a monk. “Zenyatta and the waiter omnics come from an older generation of omnics,” Tsang explains. “Back around the omnic crisis, the omnics were less varied and more military based – Bastions, ones with guns and rockets – but then you’d have more civilian ones like Zenyatta who were built to look more human and go around doing human streets doing human stuff. Those models are from way back then.”

Presumably, these omnics worked as couriers, service staff, and other face-to-face work whereas models like the Bastion were solely built for battlefield combat. This is likely the origin of Maximilien, the omnic serving on Talon’s board of directors.

Maximilien looks closer to the Gwishin than a Bastion, and it’s interesting to dive into the history of omnics. The Overwatch: Archives event, Uprising, covers one rogue faction of color-coded omnics, the purple and orange Null Sector. We also know that Katya Volskaya, the most powerful woman in Russia, is dealing with one type of omnic to fight off another. The groundwork is here for some interesting stories in Overwatch’s future.

We came up with the idea for the Queen of Junkertown when we were developing the map. We were like, wouldn’t it be cooler if there was a Queen of Junkertown and she has all these competitions… We decided to have her voice in the map, which was big, because we knew it would be seeding something that people would react to. A poster here, a spray here, to build the character… It lets us build bigger things later on. What if she’s a hero? We have people theorizing about what she can do and stuff, it’s cool to see.

One of the character who best benefits from Overwatch’s multimedia, on-going nature is Doomfist. Doomfist’s debut poised him as powerful, action-oriented, and shockingly brutal.

“We wanted to explore Doomfist because he’s one of the leaders of Talon,” Tsang says. Doomfist’s debut was obvious from the very first glimpse we got of Overwatch, back in the announcement cinematic. His gauntlet is there, and we’re reminded that Doomfist could level a skyscraper; a clear hint he’d be showing up in game. “The 2D animated short for Doomfist, his origin story, was one of our dreams come true. We knew Doomfist was a perfect character for that because he’s so action-oriented, so perfect with his fist and movements for those shots.”

Then, the comic rolled out. Masquerade depicts Doomfist as calm, results oriented, diplomatic (in some senses), and suave. According to Tsang, that contrast was intentional. “We wanted to elaborate on the other aspects of his character. He’s super-intelligent, suave, and ruthless. The comic granted us the ability explore that; the comics let us show a little more backstory.”

While there are always timeline concerns (how old is a character? Were they still active? Who’s with who? Who’s still alive?), the creative team maintains a grand-master timeline.

Overwatch’s content has slowed down. The last comic was for Winter Wonderland 2017, and the last story comic was Searching in September of 2017. That being said, it doesn’t look like Overwatch’s story is coming to a close. Searching was a full fledged sequel to a cinematic, which is a big deal, and Shooting Star suggests that the entire timeline isn’t dovetailing into a grand Overwatch versus Talon standoff. The world of Overwatch is full of incredible ideas; it’s just a matter of Blizzard solidifying their current lore and running with what they have on the table.