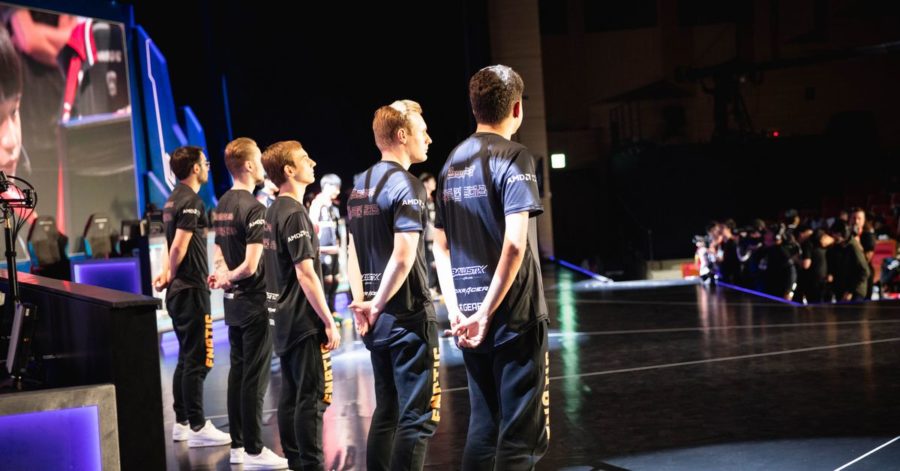 The Worlds 2018 Quarterfinals were full of upsets

About a week ago, during the first half of Group Stages, I said that you probably didn’t need to worry about Korea yet. Well, I was probably wrong then, but now is definitely the time to worry about Korea. For the first time since the region entered the tournament back in Season 2, a Korea team will not be in the Finals, or even the semifinals, of a World Championship.

While that alone would be plenty to make this the most surprising Knockout Stage of all time, there were still more surprises in store. Like, for instance, G2 Esports, the third seed of the EU LCS, taking down tournament favorites Royal Never Give Up, in the largest upset in Worlds history.

But how did all of this even happen? In order to try to make sense of the calamity that we witnessed over the weekend, let’s take a look back at the Worlds 2018 quarterfinals.

kt Rolster, a team with as much talent as there’s ever been on a League of Legends roster and an organizational history of choking, going up against Invictus Gaming, a team with staggering highs, ridiculous lows and a bottomless well of consistency issues. This should have been the most shocking game of the weekend. IG had under-performed during groups, while kt finally looked ready to assume the mantle of Korea’s best team. But then IG’s star ADC Yu “JackeyLove” Wen-bo finally showed up to worlds.

Much of the series came down to how the laning phase went in each game, with IG focusing on the early game and attempting to put kt behind before they even had a chance in the game. While Yu was the standout on Invictus Gaming during much of their time in China’s LPL, he had been almost invisible during Group Stages, often struggling to make his presence known in teamfights and rarely playing a key role in his team’s wins. In the quarterfinals, however, Yu found his groove and his incredible performances on Xayah helped push IG to the next level.

It would be easy to place the blame for this series squarely on the shoulders of kt Rolster, but to do that would undercut just how good IG were, and how close this series was. Korea, simply wasn’t the best region this time around.

Royal Never Give Up vs G2 Esports, G2 Esports wins 3-2

This was supposed to be RNG’s year. Korea didn’t look dominant, SK telecom and Faker weren’t even coming to the tournament and Uzi was playing as well as he ever had. And then they met … G2 Esports? Yep. The EU LCS third seed, the team that before this looked shaky at best, took down the tournament favorite.

The result itself is shocking enough, and it’s a shame that it will probably overshadow the way G2 pulled it off. Since 2014, we’ve sort of fallen into the trap of assuming that winning League games was all about extensive vision control and careful strategy. But the truth is, sometimes you just have to be able to play Heimerdinger really well. Or be able to flex Aatrox into the mid lane, play a comp with Akali, Irelia and Varus or even just be the only ADC left in the world who actually thinks Jhin is a good pick. Unfortunately for RNG, G2 did all of those things and they worked.

The best summary of this match was offered on Twitter by Travis Gafford:

The gap didn’t close, it inverted.

If I removed the team names from this series and asked you at the end which team was Korean and which was North American, you would laugh and say, “the team that won 3-0 is Korean obviously. Look at the losing team, they looked completely lost, that has to be NA.” And who could blame you? Afreeca really did look like a bad NA team. None of this is to take away from Cloud9 who played an outstanding series and proved, once again, that no other North American organization has ever been close to as good at international events.

All that being said, Afreeca lost two games that they had leads in because they just couldn’t figure out how to use their gold to take an objective. A lot has changed about League of Legends in the last several years, but if you can’t figure out how to take towers when you’re up by 2k gold … you’re still going to lose.

Fnatic is the only first seed to have won their match in the quarterfinals of Worlds 2018. As strange as that sounds, considering how seldom upsets actually happen in professional League of Legends, it’s true and that’s probably the way it should be. After all, Fnatic was the only number one seed to have a solid second half of the Group Stage.

Honestly, there isn’t much to take away from the Fnatic game. It was kind of like watching Korean teams win back in 2015. Sometimes there were sloppy moments, and the opposing team did take a game off of them, but in the end, they simply won because they were better at everything. Fnatic was better at laning, and objectives and teamfighting and there was no reason or way they were going to lose this series. Which technically might make them the favorite for the rest of the tournament.