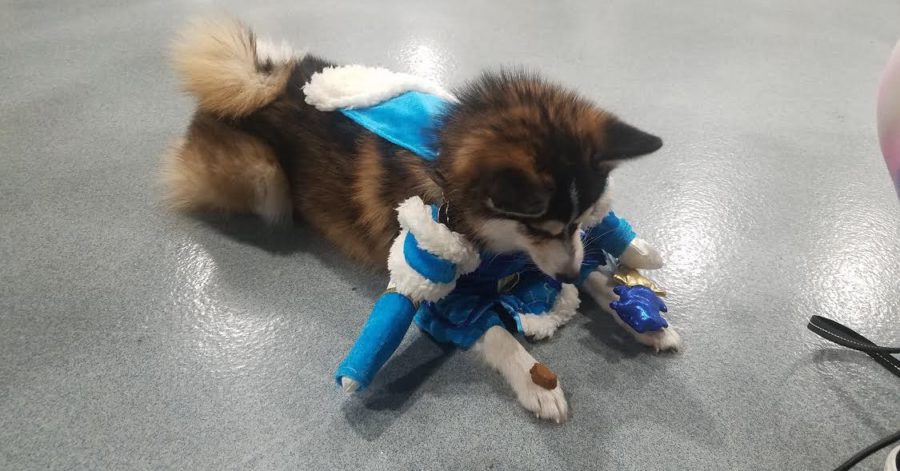 Yes! There are dogs! In costumes! They’re GREAT! 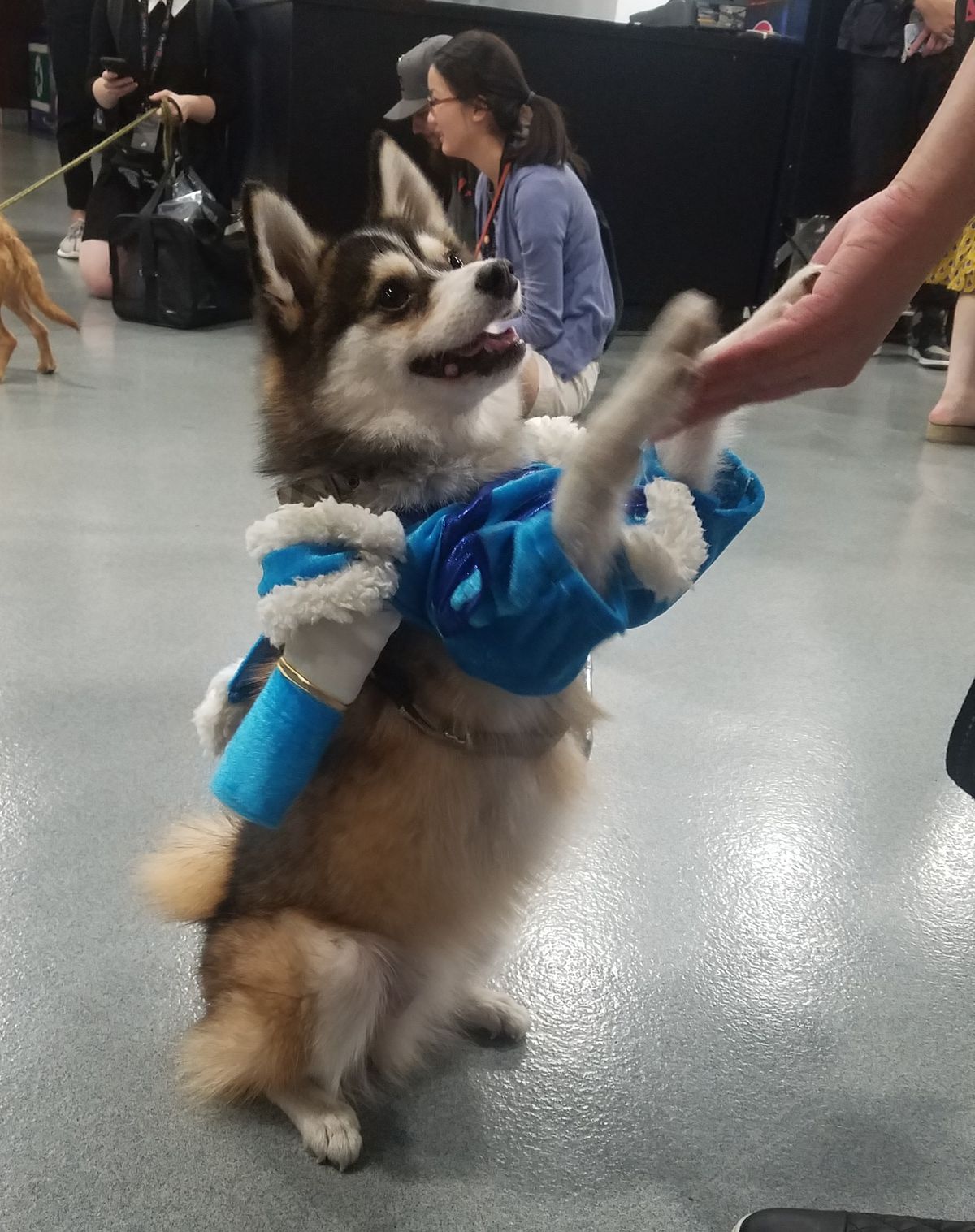 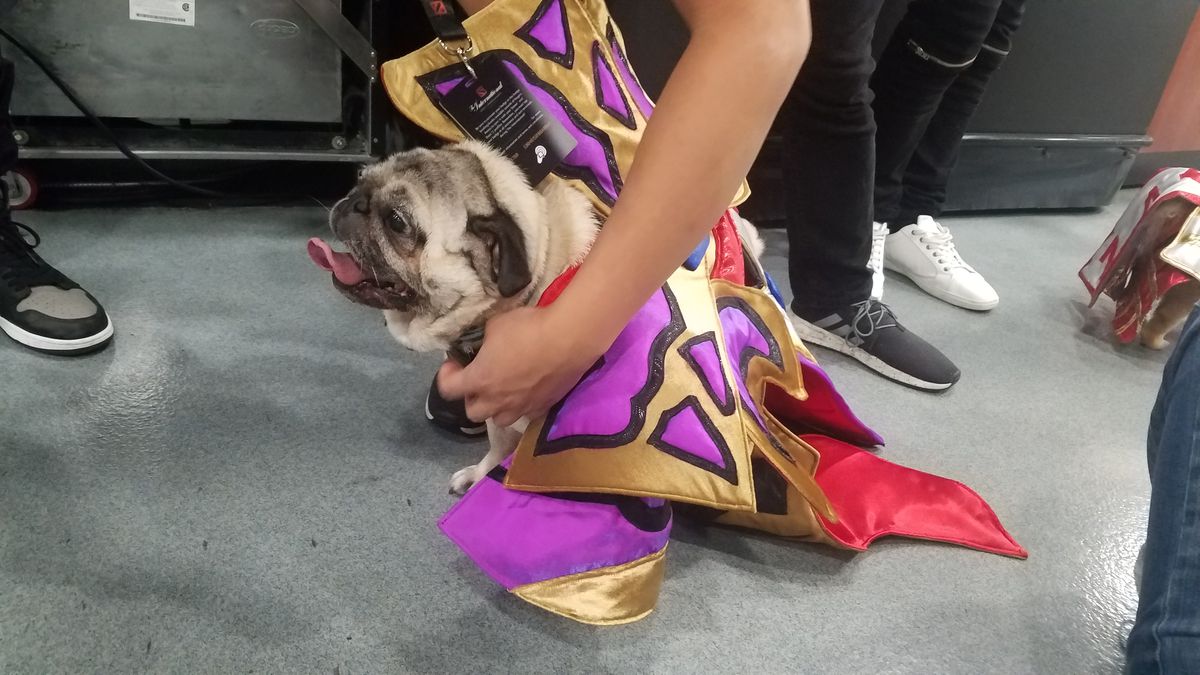 Specifically, this one — which was Pudge, but off-duty — came up and smooched me!!! 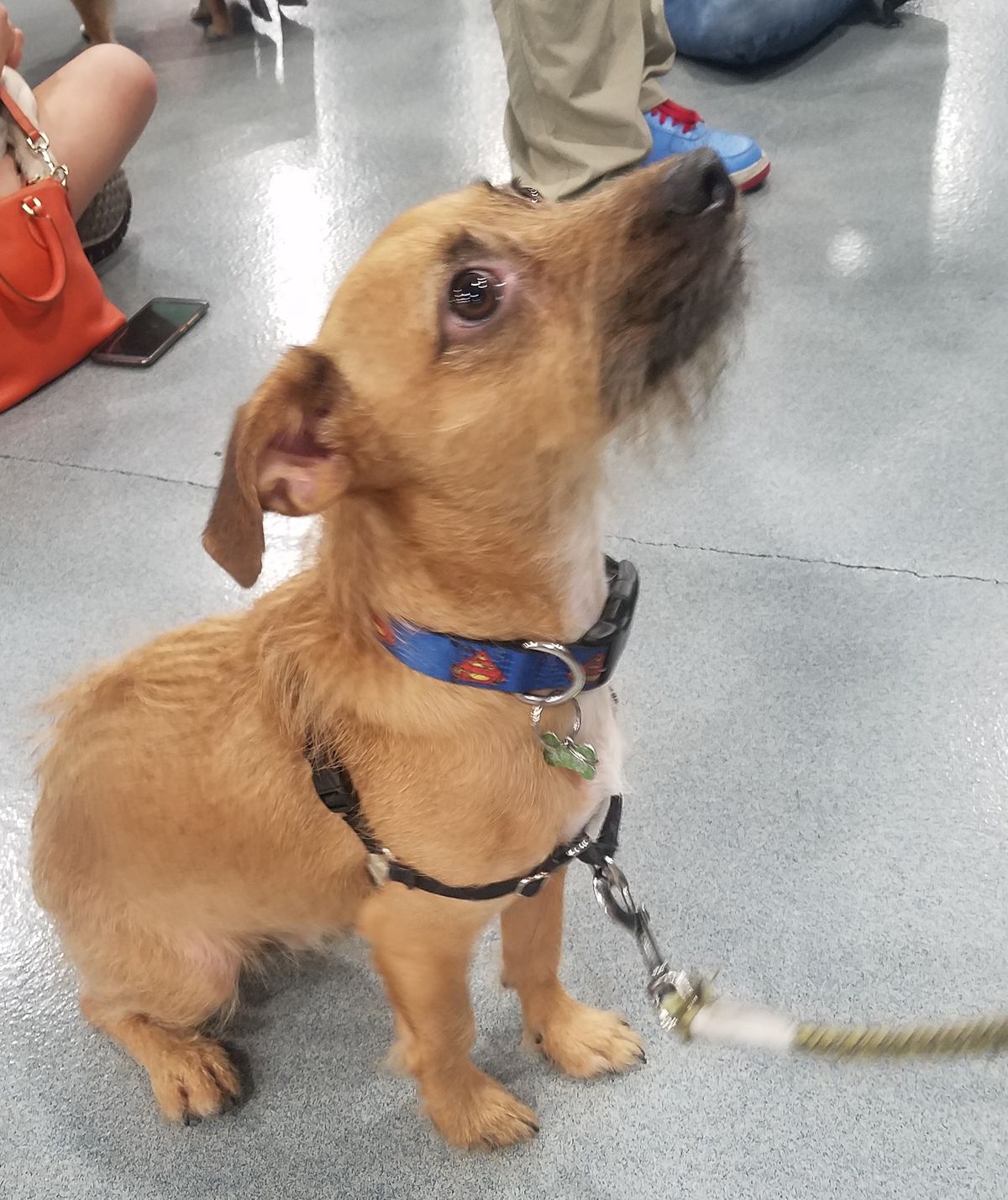 We also caught the Puppy Arena, which includes the “arena” with a blown-up version of the Dota 2 map, not big enough for human but just perfect for puppers: 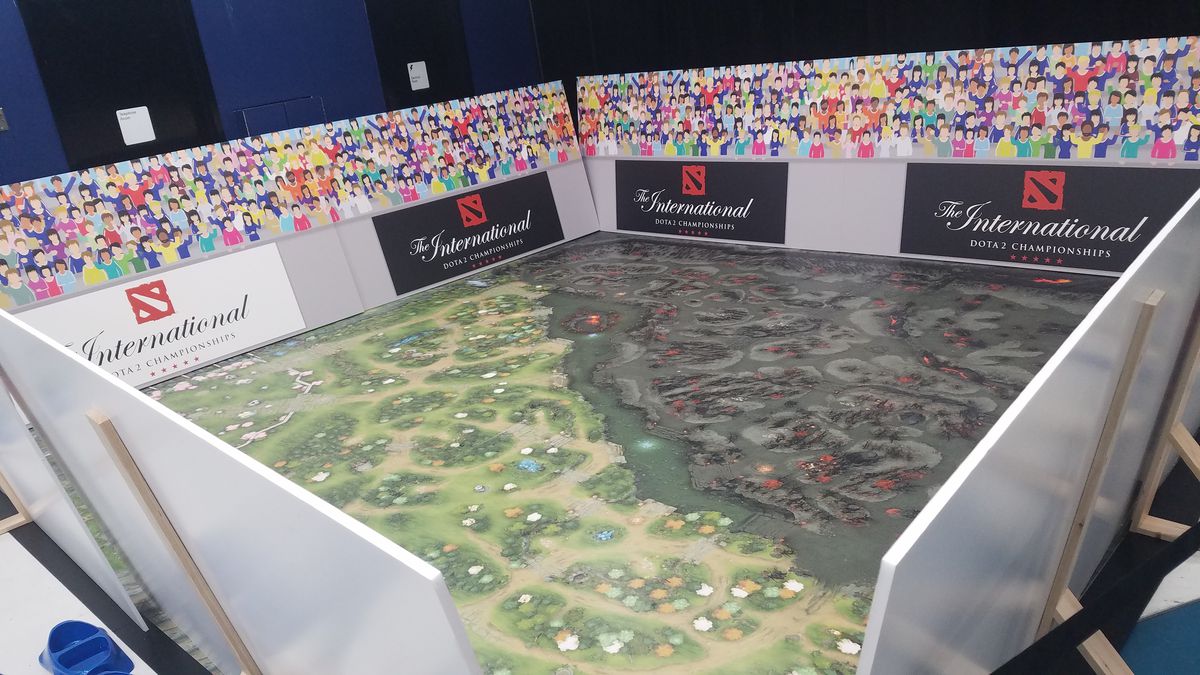 The absolutely adorable as HECK costumes were crafted by Marife Guablas Ursabia, a Filipino craftsperson, for The International.

The lead-in content involved caster Troels Lyngholt “syndereN” Nielsen being discussed by Paul “Redeye” Chaloner, who speculates about how Nielsen is so good at Dota 2 analysis. And according to the video, the answer is lil’ puppers stomping around in small costumes. It’s a completely legitimate tactic, really.

Fans were wondering why Jake “SirActionSlacks” Kanner was asking for small dogs leading into The International — and we have the perfect answer now.