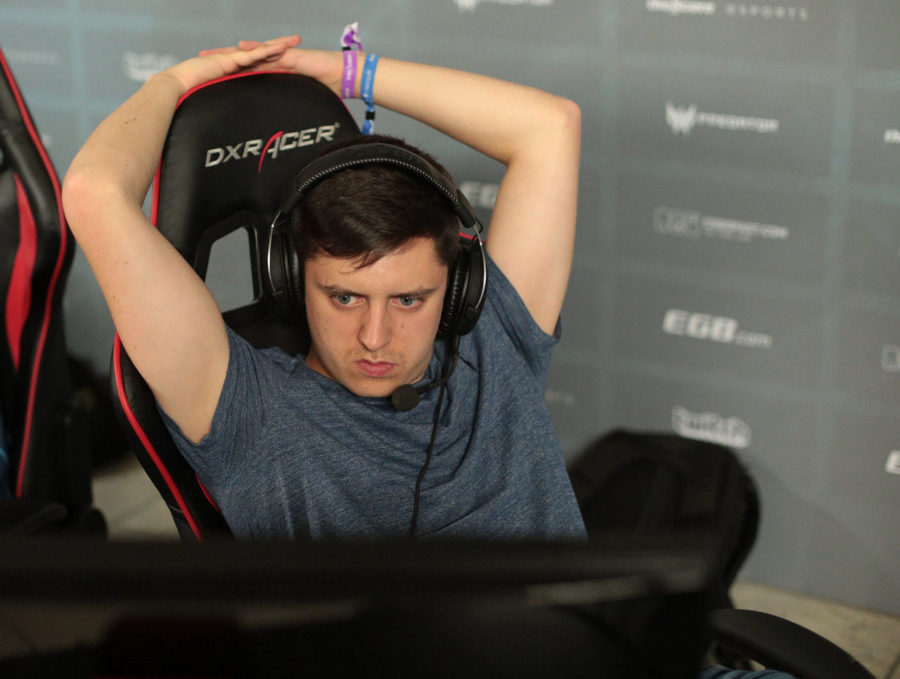 apEX and NBK- join Vitality’s CS:GO roster, Dendi to stand in for Secret and OpTic part ways with staff and players across LoL, Overwatch

Today, we announce that we are parting ways with CS:GO players @G2NBK and @G2apEX. From everyone at the #G2ARMY thank you for your hard work and commitment and best wishes in your future endeavours!

The two players had been members of G2 since February 2017, where they were signed alongside Kenny “kennyS” Schrub. They were benched, however, after G2 kicked off 2018 with a disappointing start.

The two players have since signed with Vitality’s newly-minted CS:GO roster, that organization announced on Monday.

We are not perfect, not everything will be perfect. But we won’t give up, we won’t doubt, we are ready to handle our responsibilities. Together, everything is possible #VforVictory

The formation of this roster marks the first time that Vitality, a franchise known for their EU LCS League of Legends team, have entered CS:GO.

Romain Bigeard, Arrow and KyKy all part ways with OpTic

Amidst a series of layoffs at OpTic Gaming’s parent company, Infinite Esports & Entertainment, Romain Bigeard announced Monday on Twitter that he has left his role as General Manager of OpTic’s League of Legends team, citing “a difference of opinion regarding the future of the LoL department.”

Due to a difference of opinion regarding the future of the LoL department, I’m parting ways w/@OpTicGaming.
I’m now a free agent.
Ive been doing international esport for 5y and I still believe in LoL.
Background: mngmt/marktng/comm
Resume: https://t.co/VoYGQ5ML25
DM on/RT welcome

Houston Outlaws coach Kyle Souder also took to Twitter to announce that he’d been let go by the company.

Just informed that I am also one of the many people being let go from Infinite/Optic/Outlaws. I’ve turned down opportunities to remain loyal to one organization but am now a free agent looking for a fresh start. Open to all staff positions, DM anytime.

Lastly came League of Legends player Noh “Arrow” Dong-hyeon’s announcement that he would be departing from the organization after having been granted “permission to explore other team possibilities.”

Hello Guys ! It’s been long time to tweet information.
I got permission to explore other team possibilities from OpTic Gaming.
It was another good experience and having new friends.
I’ll be looking for a New team .

Dendi to stand in for Team Secret

Former Natus Vincere superstar Danil “Dendi” Ishutin will be serving as Team Secret’s stand-in over the course of the week, the organization announced Tuesday on Twitter.

We welcome @DendiBoss as our stand-in for #SecretDota this week.

You will be able to catch him and the rest of #SecretDota playing later in the @dota2mc Autumn Brawl Playoffs. #SecretFighting

Dendi played under the banner of Natus Vincere for a whopping eight years and, since departing from the organization in September, has started standing-in for a variety of other teams. He’ll be joining Secret for the Dota 2 Maincast Autumn Brawl Playoffs.

Today, we say our goodbyes @Shroomed08 and Smash manager @hrcTypo. We thank Dajuan for 2 amazing years with Immortals and wish the both of them nothing but success in their continued careers.https://t.co/cXKcJUNW1q#IMTSMASH #IMTForever 💚 pic.twitter.com/OOQFA3maFB

This would seem to mark Immortals’ exit from competitive Smash, following the recent departure of Jason “ANTi” Bates.