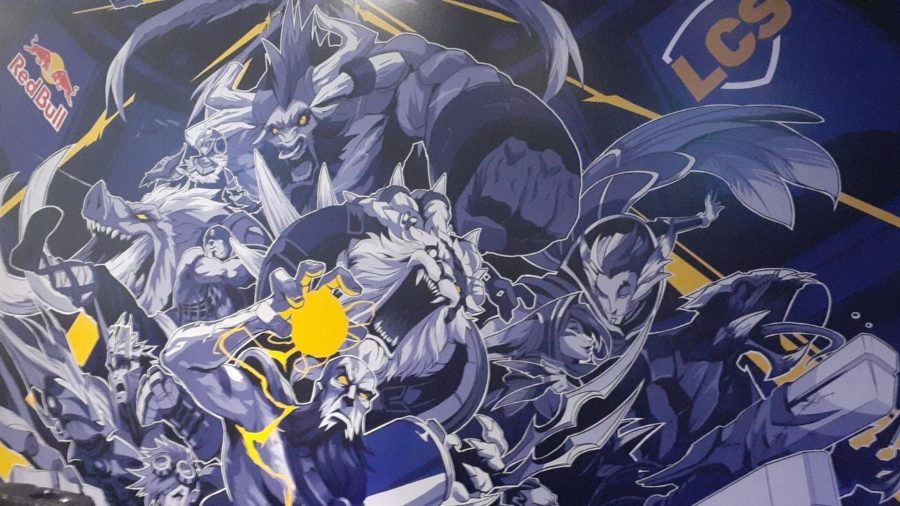 Three bold takeaways from Day 1 of the LCS spring split

LOS ANGELES — The League of Legends Championship Series swung back into action Saturday, and 10 franchises are taking aim to be North America’s lone representative at this year’s Mid-Season Invitational.

Following a disappointing world championship where none of the three LCS seeds made it out of the group stage, every team has retooled its starting roster, not a single organization satisfied about how it ended 2019.

After one day and four games, it’s time for only one thing: overreacting. Only eight teams played, a few had only a few days of practice together and some even didn’t have their projected starting roster, but when the Day 1 hot takes hit, that doesn’t matter. The 2020 LCS spring season has begun, and I’ve seen enough and heard enough (as you know, scrimmage results are always credible) to have three takeaways from the opening day of what fans hope will be a renaissance for North American League of Legends.

The key word there is hope.

Team Liquid face a tough road to a fifth-straight championship

In their first game of the split, TL were trounced by a far superior looking Cloud9. On the surface, a single loss for the back-to-back-to-back-to-back champs shouldn’t be a too huge cause for concern. When you really narrow in on the result and realize Liquid was without its star signing in the offseason, former world finalist Mads “Broxah” Brock-Pedersen, as he sits at home in Europe waiting for his visa into the U.S. to be approved, then it seems silly to take any stock in the opener.

And while for the most part this is true, it can’t be overstated how much familiarity and chemistry lead to a team’s success. If Broxah can return by the second or third week, then TL, as usual, should be the heavy favorite to lift the LCS championship in Frisco, Texas, later this spring. But if visa issues keep him away from the team and Team Liquid need to scramble, then things get far more interesting, as the LCS is shaping up to give Liquid, Broxah or no Broxah, their stiffest test since they began their dynasty at the beginning of 2018.

C9 look like they might be better than last year. FlyQuest have found an identity, finally. 100 Thieves are no longer a garbage truck on fire, as they were for most of a turbulent 2019. Team SoloMid seem refocused and won’t be happy with anything other than a return to domestic glory. Dignitas, Evil Geniuses and all the rest want to take their best shot at the champs when they get their opportunity.

Regardless if it’s a hamstrung Liquid starting five or not, the rest of the LCS doesn’t care. The other nine franchises have had to sit for two years as Liquid ran roughshod over the league, and now that there might be a weakness in the champs’ roster, it’d be foolish to think their opponents won’t going to do their best to bury TL before Broxah enters the building for the first time.

Liquid fans shouldn’t be too worried, and even if it takes an entire split for Broxah to make it over to America and play for his new team, world championship qualification should almost be a guarantee. MSI, however, isn’t going to be a cakewalk, even if Broxah starts for the team in Week 2.

Johnsun is the next Doublelift

Johnson “Johnsun” Nguyen is already technically the winner of the 2020 LCS Spring Rookie of the Split award, seeing as he’s the only rookie starting in the LCS this season, but why stop there?

After a single game in the LCS, Johnsun already has the highest win-rate in LCS history, sporting a perfect win percentage and an all-time KDA of 11. If Johnsun retired after today’s victory over Counter Logic Gaming, he’d gone down statistically as the best AD carry to ever lay hands on a keyboard and mouse in the LCS.

Beyond the jokes, though, is an honestly impressive performance. Johnsun was what anyone would want from a rookie in their first pro game. He was solid through the laning phase, showed smart positioning in teamfights, and when his team needed his Ashe to step forward with a big ultimate, the rookie did just that. Although Ashe isn’t the most mechanically-intensive champion, there’s little question whether Dignitas’ new sharpshooter can carry if necessary: Johnsun held multiple accounts in the top 10 of North America’s online ladder to finish last year.

Maybe most importantly, Johnsun is beginning his career under the tutelage of North America’s most decorated support, Zaqueri “Aphromoo” Black. Aphromoo has made a career out of playing with less experienced AD carries in the bottom lane, and the results have often turned out well. In 2016, Aphromoo partnered with rookie Trevor “Stixxay” Hayes, and the team won a league title that very split, defeating TSM in Las Vegas. Two years later, Aphromoo found himself playing alongside another young AD carry in the form of Cody “Cody Sun” Sun, this time on 100 Thieves, and once again, they made it to a domestic title, with Aphromoo being awarded league MVP for the season.

Good things happen when Aphromoo gets to lead a raw and talented prospect, and I expect more of the same from his partnership with Johnsun. While his KDA might go down from 11 and he might not end his career with a perfect win-rate, there’s a reason to be excited for one of the best prospects to ever enter the LCS.

FlyQuest can win the LCS

No team was more impressive in their opening match than FlyQuest. For as long as they’ve been a franchise in the LCS, FlyQuest has been in dire need of identity, a direction. They’ve had Jason “WildTurtle” Tran as the face of the franchise and been pesky underdogs, but from the way they played the game to their branding, the team’s always felt like a minor league organization punching up against the heavyweights.

Even when they pulled off an upset or made it to the playoffs, it never felt like FlyQuest really had what it took to play the big boys.

Now? This team can win LCS.

FlyQuest have found an identity and upgraded their roster. Lee “IgNar” Dong-geun is a world-class support and somehow received almost no attention when signed by FlyQuest this offseason in one of the savviest moves of any team around the world. The team has partnered IgNar with an old teammate in Tristan “PowerOfEvil” Schrage, too; the two made the world quarterfinals the last time they played together on Misfits back in 2017. IgNar brings an aggressive, all-or-nothing style to this team, and PowerOfEvil gives FlyQuest another weapon in the arsenal that can create advantageous situations early in games.

Omran “V1per” Shoura, the team’s top laner, is ready to have a breakout year. He told ESPN following the team’s opening day victory over Counter Logic Gaming that FlyQuest were taking this year much more seriously than the last.

In previous years, V1per would come late to scrims or be self-admittedly lazy. With a new improved roster around him and the push from the organization with some much-needed direction behind them, FlyQuest wants to be the team overwhelming opponents with pressure, always pushing forward.

For the first time since I’ve been covering FlyQuest, I’m excited to watch them play. They’ve found their voice, and no matter the outcome, they’re going to keep attacking. In a league that has been in dire need of an edge, the team with flowers sprouting from the bottom of their uniforms might be the ones we’ve been waiting for.