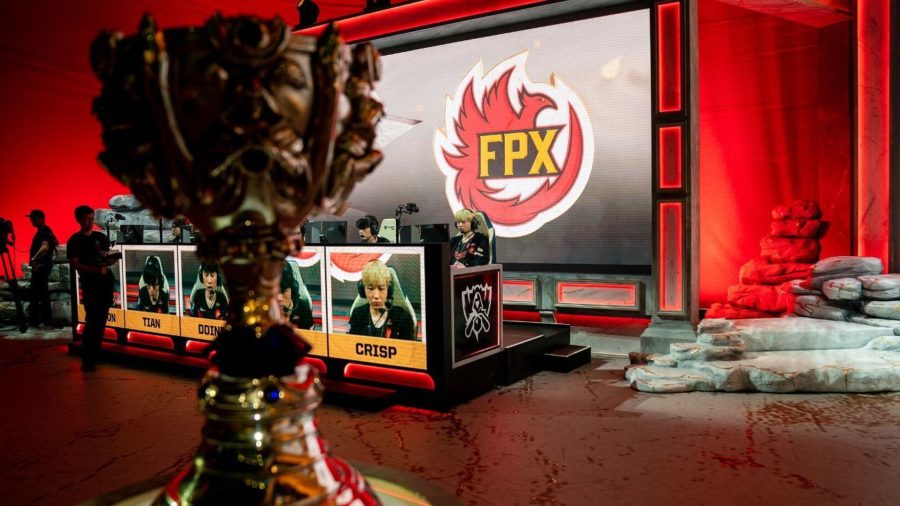 China’s League of Legends Pro League is a special place. When I first watched it, I was tearing my hair out trying to figure out its strategies. Now, with several seasons of the LPL under my belt, I delight in watching everyone else lose their minds during the first week of LPL as they attempt to discern exactly what teams are doing, and why they’re doing it.

Here are three overreactions to Week 1 of LPL Spring that I’ve spotted online. They each have a grain of truth to them, and still have plenty of time to become true, but with only one week played and a looming two-week break for Lunar New Year before the LPL starts back up, remain overreactions for now.

FunPlus Phoenix are dead and Khan will never fit on the team.Christoph Soeder/picture alliance via Getty Images

The crux of this reaction to FunPlus Phoenix’s 0-2 Week 1 is how worlds MVP jungler Gao “Tian” Tian-Liang has pathed more towards top side than ever before in an attempt to enable Kim “Khan” Dong-ha on split-push carries like Fiora and Camille. Khan has only received the Kim “GimGoon” Han-saem treatment once, in Game 1 against Invictus Gaming when he played Ornn. FunPlus lost that game and Khan’s Ornn ultimates became progressively less effective and synchronized with the rest of his team as they game went on, although he can’t really be blamed for their poor choice of teamfights.

I think there is a world where Khan fits on FunPlus. It’s a world where Tian simply paths top side instead of bot, occasionally visiting mid to help reset Kim “Doinb” Tae-sang’s minion wave, with support Liu “Crisp” Qing-Song also roaming. FunPlus are at their best when an opponent sees only one member on the map but can never assume that they’re actually alone.

This will also rely on better coordination and communication between Khan and the rest of the team. FunPlus haven’t looked bad early, but their mid and late games have been highly questionable at best, tying into the team’s lack of synergy with their new top laner. Khan is indubitably a stronger laner than Gimgoon, but it’s all for naught if FunPlus cannot capitalize on his split-push pressure. The ideal form of this FunPlus team is leveraging Khan and Doinb’s split-push potential while using globals and semi-globals to come together and collapse on opponents. Historically, Khan has not been a strong teleporter. It was one of his major weaknesses for a time before he evolved into a more well-rounded player, and even then, this lack of timing reappears every time he joins a new organization and has to learn to communicate with a different lineup.

Fortunately for FunPlus, the LPL season is long and an 0-2 start can mean just as little as a 2-0 start when absorbed into the overall split. If Khan does manage to integrate well with this team it will take time. It’s not impossible, and could even make FunPlus a stronger team than their worlds iteration, but it is a risk.

eStar are easily a playoff team.

Less than a week before the LPL began, eStar hadn’t officially announced any players outside of bot laner Zhang “Wink” Rui. When I complained about this on Twitter, LPL caster Clement Chu said that if eStar CEO (and former iG top laner) Liu “PDD” Mou took this roster to playoffs, he would forever achieve god-hood. Four days later, eStar’s lineup was added to the global contract database featuring a lot of players from PDD’s 2019 Young Miracles lineup and former Flash Wolves support Liu “ShiauC” Chia-Hao. It was underwhelming in terms of known talent, but full of mechanically-gifted rookies, particularly mid laner Yuan “Cryin” Cheng-Wei, who had previously played for Young Miracles earlier in his career and had also been a trainee in the Royal Club organization.

After an ugly series against Rogue Warriors and a surprise 2-1 upset of FunPlus Phoenix, eStar are now 2-0, leaving audiences both shocked and charmed by this team.

The LPL does have a long-standing tradition of at least one new organization doing unexpectedly well in their inaugural split. Snake Esports in 2015 is the most popular and best-performing example. Other organizations that have followed this pattern include DAN Gaming (the organization that eventually became Top Esports) who went 3-1 in their first split before losing all other series but one. The LPL season is long, and the Lunar New Year break effectively resets the split as teams take extra time to get used to the patch or refocus after a tumultuous Week 1. If eStar is going to make the playoffs, they’ll have to perform much better than what they showed in both of their series this past week — ShiauC in particular looked individually rough at times. That being said, eStar is a fun team to watch with strong mechanical talent. Even if they end up bombing the rest of the split, at least they’ll do it in an entertaining fashion.

Invictus Gaming will win the split.Photo by David Lee/Riot Games

Once the return of top laner Kang “TheShy” Seung-lok was confirmed, the absence of Yu “JackeyLove” Wen-Bo was all that anyone talked about during Invictus Gaming’s offseason. Well before iG won a world championship in JackeyLove’s rookie year, the bot laner was touted as the next great carry of the LPL. Although bot laner Ding “Puff” Wang and support Su “Southwind” Zhi-Lin performed well on Vici Gaming last year, they didn’t arrive to iG with the same hype as JackeyLove’s ascension from talked-about trainee to the final puzzle piece in an iG world championship victory.

All anyone should talk about for the next two weeks is how well Puff and Southwind fit on this iG lineup. The strength of this bot lane should come as no surprise to anyone who watched VG last year, but even if you watched every VG game in 2019, the ease with which Puff and Southwind have slotted onto this iG lineup is impressive. The transition has appeared seamless, leaving the jungle position as the only major obstacle standing between iG and another LPL trophy according to more than a few Weibo comments and chatter on western social media platforms.

This is an overreaction not only because of the amount of matches this team has played on the LPL stage together (two, it’s a total of two), but also due to how iG have cleverly drafted towards the strengths of their new duo lane.

Initially I was wondering why they insisted on playing Lu “Leyan” Jue over Gao “Ning” Zhen-Ning despite Ning’s poor performances against FunPlus Phoenix in their first series of the year. Then I realized they value the Qiyana pick far more than they value putting the more experienced jungler in the game. Leyan is the better Qiyana player, so he’ll likely be starting until iG decide to move away from their high-Qiyana priority. Part of this is Southwind’s Braum prowess. In four of their five total games, iG have given Miss Fortune to their opponents, relying on Southwind’s Braum to shut her down, and it’s paid off. The real test for iG lies ahead when other teams adapt to this drafting strategy or the meta shifts away from it. iG are looking like one of the best teams in China again, but the LPL title is hardly theirs yet.