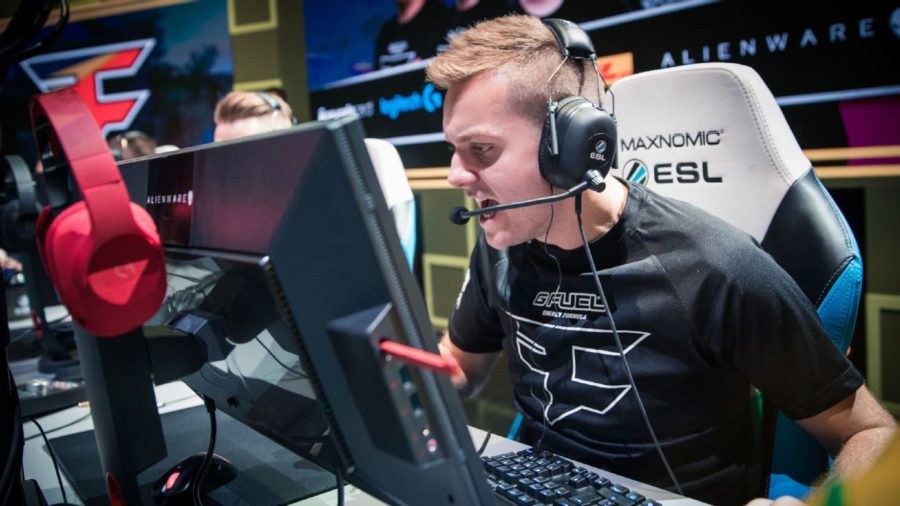 Three teams vie for world’s No. 2 spot at ESL One Cologne

After months of dominance, Astralis unquestionably enters ESL One Cologne as the best Counter-Strike: Global Offensive team in the world. Yet while there’s no debate about the top dog, who exactly deserves the title of runner-up is an open question — one that will be answered at this tournament. Over the past few events, three teams have competed for the No. 2 spot in the world rankings of CS:GO: FaZe, Natus Vincere and Team Liquid.

Right now, FaZe sits in the second-best spot worldwide. But the latter two teams are rising fast, and this tournament could shake up the rankings.

FaZe will be attending its third event with stand-in Jorgen “cromen” Robertsen, with whom the team won ESL Belo Horizonte midway through June. This result came as a shock and proved that despite the erratic roster situation, Finn “karrigan” Andersen and company can continue to excel.

That makes two tournament wins with two different stand-ins in two months for FaZe, something no one would have predicted when Olof “olofmeister” Kajbjer announced his hiatus. This impressive run of form has maintained FaZe’s fragile hold on the No. 2 spot in the world, but teams below it are rising. If FaZe want to solidify its status as the second-best team in the world even with a stand-in, FaZe will have to flex its firepower and depth to compete with Na’Vi and its top-heavy roster. In particular, cromen will have to play up to the star level he flexed in Brazil if FaZe wants to win against a top-four team at this event.

Na’Vi slowly sneaked into the conversation of best teams in the world by gradually amassing a large amount of top-four finishes over 2018.

Yet it wasn’t until recently, when the team began to win titles, that the CIS squad proved that its results were no flash in the pan. In its past five LANs, Na’Vi has been eliminated only once in the semifinals or below, and it’s made two finals and won two titles in its most recent showings.

As for best-of-three series, Na’Vi has beaten FaZe twice but also lost an important series to Team Liquid at ESL Pro League semis. As for the other top-four team, mousesports, Na’Vi is 2-2. That makes it 3-3 against the other teams in contention; mousesports would’ve been on this list if not for a recent roster change.

At this point, it’s unclear where Na’Vi stands in relation to Liquid and FaZe. To beat these two teams and earn the No. 2 title, Na’Vi needs a third consistent fragger. Whether it be Ioann “Edward” Sukhariev with his rising form or Egor “flamie” Vasilyev reaching his skill ceiling, only one of the two need to play well for the team to outmatch its opponents. With a deeper playbook than FaZe and greater star power than Liquid, a bump in form from one of these two players should be enough to earn Na’Vi victories against every team but Astralis.

Definitely the third wheel when the No. 2 spot is debated, Liquid could change that in a big way in Cologne. Much like Na’Vi, the North American team has had consistent results since the addition of Epitácio “TACO” de Melo. Four playoff finishes and two finals is a great start, but Liquid needs to build on these placings by adding best-of-three wins against top teams to their resume.

Though the team defeated Na’Vi once upon a time, since then it has lost series to NRG Esports, Astralis, MIBR, mousesports and FaZe. Finding a way to close out the third map will be crucial for Liquid, given the fact that the team has failed to close out series in which it had a favorable map pool.

Becoming more consistent on some of its best maps, especially Nuke and Inferno, is the name of the game. Though its results don’t match the titles of FaZe and Na’Vi, there’s nothing stopping Liquid from taking over the No. 2 spot except for its own ability to win when it counts.

The best moments in Cologne will come when two of these three teams meet. Whether it’s FaZe’s firepower depth, the skill ceiling of Na’Vi or Liquid’s methodical play, one of the three seems destined to leapfrog the others. Though the race for No. 2 in the world rankings has rarely been so tight, one of these teams will secure the spot at ESL One Cologne.