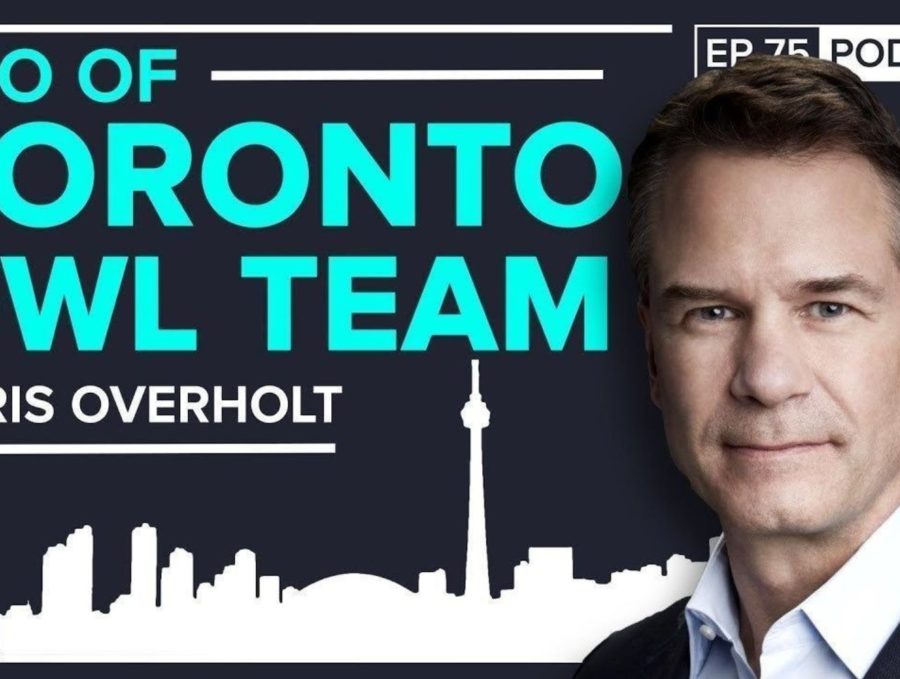 Toronto OWL franchise CEO talks winning over local fans, whether esports will ever be in the Olympics

1:15 – Can you talk about the process of naming an Overwatch franchise?
3:15 – Overholt’s personal history with sports and esports
6:50 – How do you intend to endear yourselves to local fans?
14:40 – How does the franchise plan on becoming uniquely Torontonian?
17:54 – What will Splyce be bringing to the table?
20:40 – Where does OverActive Media’s money come from?
22:30 – What role, if any, will OverActive/Splyce’s other IPs play?
24:35 – Could esports ever be in the Olympics?

After spending seven years as the CEO of the Canadian Olympic Committee, Chris Overholt, newly-appointed CEO of OverActive Media, is ready to lead the charge on the formation of Toronto’s Overwatch League franchise.

Overholt joined theScore esports Podcast to discuss the challenges of building a new OWL team from the ground up, creating a uniquely Toronto esports organization and what it would take for esports to be in the Olympics.

OverActive Media, the ownership group in charge of the newly-announced Toronto OWL spot, has a difficult job ahead of them: making a team that appeals both to the home crowd and build a global fanbase.

After all, at some point, each one of the original 12 and the eight newly-announced expansion teams in the OWL will have to sell tickets and put butts in physical seats.

“We will probably be talking about developing a season seat base — and starting to think about getting engagement from a fan perspective — as early as this year,” Overholt told theScore esports “I can’t imagine a scenario where we come through 2019 and we’re not talking to our local fans about starting to engage them in the idea of actually being at a game.”

In terms of selecting the venue that will eventually become the team’s home court, Overholt explained that, though OverActive is already in talks with local venues, the possibilities remain very open.

“We’ve talked a lot about what it’s going to mean to establish esports in Toronto and in Canada,” he said. “When I worked at the Raptors in the late ‘90s, a big part of establishing that franchise was also establishing them in their own home… We’re already talking about what [that] could mean, and we do think that at some point we are going to take a step toward building our own home for our own franchise.”

OverActive announced their partnership with Splyce earlier this year, an esports organization with teams in League in Legends, StarCraft II, Call of Duty, and a handful of other games. Overholt stated that between Splyce—who OverActive invested $1.5 million in several months ago—and a second, unnamed agency that is “absolutely authentic to the space,” the franchise will have lots of help in coming up with a name that fans will appreciate.

It goes without saying that winning is the simplest way for a team to build a fanbase. The issue is that not every team gets to win. While Overholt expressed nothing but confidence in Splyce’s ability to help OverActive put together a “perennially competitive” roster from the get-go, he also stressed the importance of transparency.

With Toronto joining the Overwatch League alongside Vancouver, neither one of them can stake a claim to being Canada’s team in the way some Canadian traditional sports franchises have. Overholt isn’t nervous about that, though. He says that the organization is working on cultivating a uniquely Torontonian personality.

“We’ve spent a ton of time… over the last couple of weeks talking about what Toronto is,” he said. “We’ve been quite intentional in our conversation about making sure that we feel that the brand story that we’re developing around it, and the values that we demonstrate in the way that we conduct our business, and the way that we go about leading the franchise and executing our mission feels like Toronto.”

Welcome to the journey. ✊ pic.twitter.com/oMMtFj68nx

Lastly, given Overholt’s seven-year tenure as the CEO of the Canadian Olympic Committee, it felt appropriate to get his take on something of a controversial issue: whether esports should be in the Olympics.

“I think that’s an evolving conversation,” he said. “But I think it’s on the right road. The trends point to the right direction.”

He went on to explain how much of the matter depends on hosting cities’ ability to design and submit their own programs to the International Olympic Committee.

“I think France has already indicated that there’s no intention for ’24 where esports is concerned,” Overholt said. “But certainly LA would make a lot of sense for at least that to be a possibility considered. Some of those that are on the inside of organizing LA ’28 are connected to this industry in ways that are obvious, that your listeners could figure out for themselves.

“I do think this will be a conversation that continues, and I think as the space continues to evolve and mature, and as the IOC clearly starts to understand more deeply just what a huge opportunity this is to connect with young fans of sport and of esport, I think it’ll be really interesting to watch in the next couple of years.”