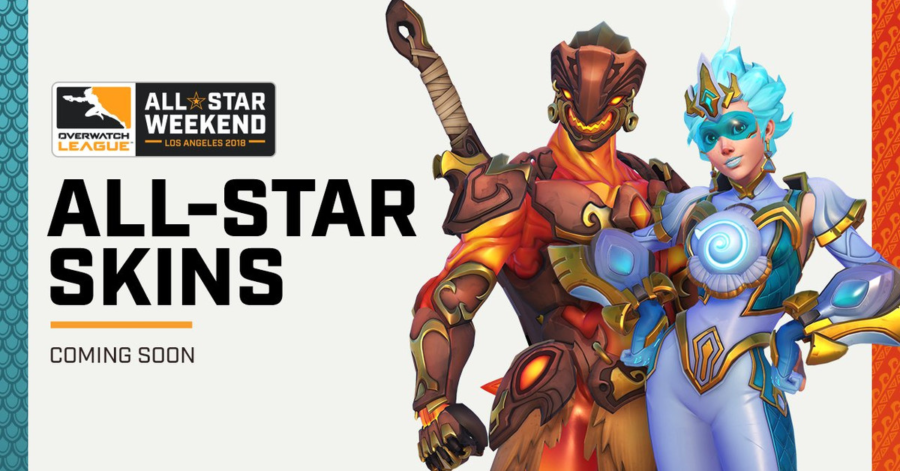 Two new legendary skins are heading to Overwatch to celebrate the upcoming All-Star match up. The skins represent the Pacific and Atlantic regions, and give a new look to two of Overwatch’s most popular damage characters. Meet Fire King Genji and Water Goddess Tracer.

Genji represents the Pacific Division, and Tracer will stand for the Atlantic division. The payment model for these skins are not known; they may be added to the standard loot table and remain unlockable via credits, or they may be individually purchasable with real world money like the other esports skins.

The rosters for the All-Star teams were announced near the end of June.

The All Star weekend is set to kick off on August 24 with show matches and skill competitions, with the official showdown between divisions taking place on August 25.