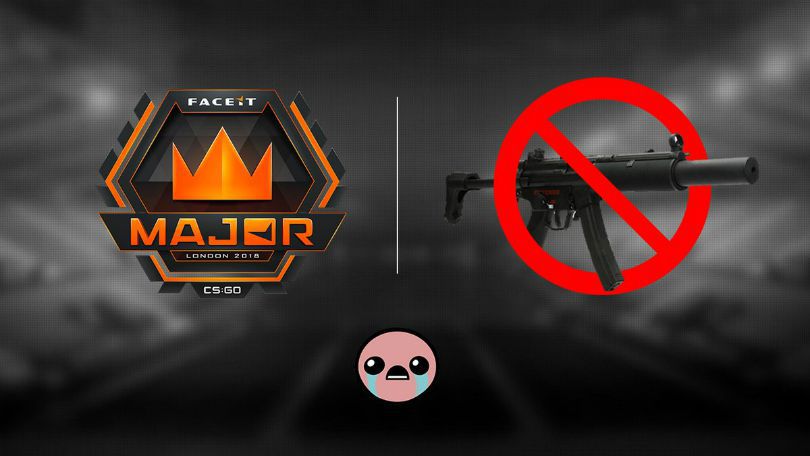 Valve restrict use of MP5-SD at the FACEIT Major | News

Valve recently introduced a brand new SMG-type weapon into CS:GO, the MP5-SD. Many fans of the FPS title expressed happiness and excitement with the implementation, as previous version of the game also had the MP5. While the game is freely available in the live client, certain rules apply to professional competitions, potentially restricting the use of the weapon.

Earlier today it emerged that Valve have restricted the use of the SMG at the FACEIT Major, as was confirmed to HellRaisers, when the organisation inquired. More specifically, the weapon will not be available at either the New Challengers, Legends or Champions, taking place over the course of September.

As a reminder, the FACEIT Major: London 2018 is the 13th official CS:GO Major tournament, taking place over the course of September in London, United Kingdom. A total of 24 teams will take part in the tournament over the course of the month, looking to immortalise their roster by securing one of the coveted Major trophies. Eight teams have already secured participation in the group stage equivalent of the Major by securing top 8 at the ELEAGUE Major: Boston 2018, whereas the other sixteen will have to prove their worth at the upcoming main qualifier equivalent. The victor of the tournament stands to make a stamp in CS:GO history, in addition to landing the better part of $1,000,000.