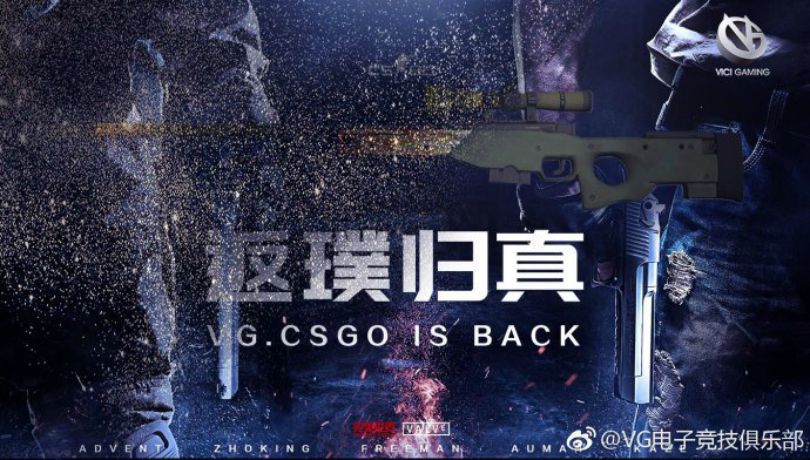 Earlier it emerged that prominent Chinese esports organisation, Vici Gaming, have reconsolidated their CS:GO roster, adding three members. Prior, the organisation struck a deal with Flash Gaming, producing a roster tagged VG.FlashGaming. The team existed for just under 4 months, recently dissolving after Flash Gaming expressed that results were short of expectations.

The termination of VG.FlashGaming meant that Yulun “Summer” Cai, YuanZhang “Attacker” Sheng and Kunhua “LOVEYY” Bai were to return to the original Flash Gaming lineup, meanwhile WeiJie “zhokiNg” Zhong and Wing Hei “Freeman” Cheung have returned to their original home on ViCi Gaming.

Seeing as the ViCi Gaming roster was only two members up on return of the ex-VG.FlashGaming duo, the organisation was keen to sign three additional players in order for the team to return to competing. It has now emerged that ViCi indeed found a trio, completing the CS:GO roster. Added to the roster were ex-VG Zhuo “advent” Liang and ZhiHong “aumaN” Liu, alongside free agent, Andrew “kaze” Khong.