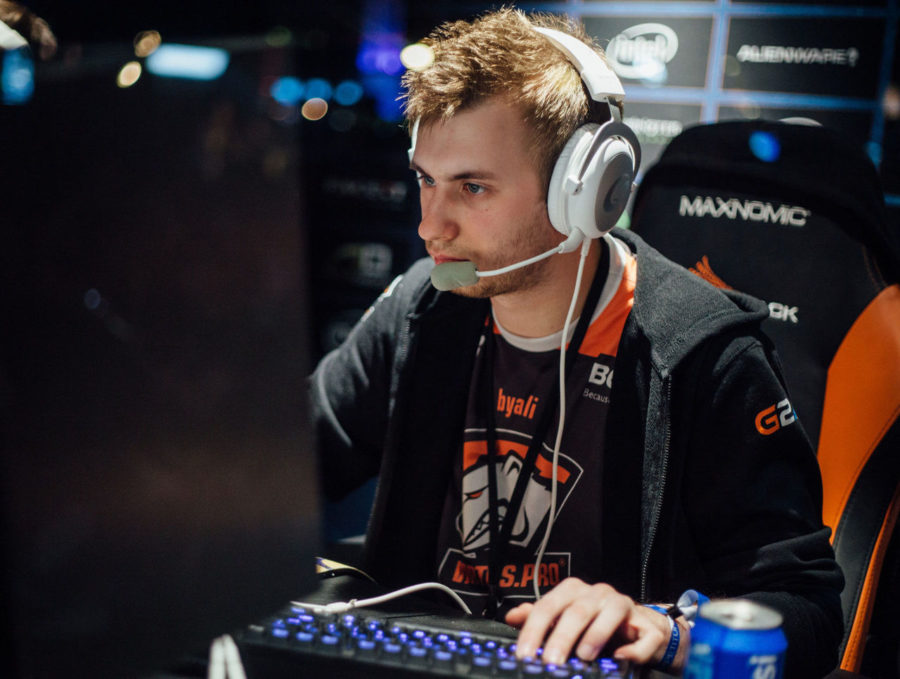 Paweł “byali” Bieliński has been officially released from Virtus.pro, the organization announced on Wednesday.

I’d like to confirm that as of November 1 @byalics is free of any contractual obligations with VP. His termination agreement has some restrictions, but I wanted to make sure he can still play competitive CS:GO. Once again, thanks for your service Paweł, it was a good run! pic.twitter.com/95OBbcI3Zg

Byali had played for VP since 2014, when the org signed the former AGAiN roster.

The 24-year-old had been playing with the Polish stack MIKSTURA, who just last week secured a spot in the closed qualifiers for the European Minor leading up to the Katowice Major. According to HLTV, byali’s manager has confirmed that the player’s release ensures that he’ll be able to play in the Minor.

Legendary Super Smash Bros. for Wii U player, Gonzalo “ZeRo” Barrios, has come out of retirement to sign with Tempo Storm, the organization announced on Wednesday.

I’M BACK TO COMPETING IN SMASH TOURNAMENTS!!
Now under the @Tempo_Storm banner!

Expect a Youtube video from me in 2 hours going over details, as well as my Reddit AMA currently on going for questions. I’m also streaming soon to answer anything.

SEE YOU GUYS IN ULTIMATE!!!! pic.twitter.com/Ye1izWmDvo

ZeRo is widely considered the greatest Smash 4 player of all time, thanks in part to his 56-tournament win streak, EVO 2015 victory and his record as the number one ranked player in the world three years running. He retired in January, though has remained on Team SoloMid’s roster as a streamer and content creator ever since.

His return to professional Smash will see him compete in the upcoming Super Smash Bros. Ultimate, not Smash 4.

Discord has acquired Blitz Esports and announced the layoffs of members of their content team, the company announced Tuesday in a press release.

In the past 2 years, we’ve been amazed and humbled by all the support we’ve received from the esports community. Now, we’re stoked to announce that we’re joining forces with @discordapp to build even cooler things for gamers! Here’s what’s next for Blitz:https://t.co/1Ux7LL07Bu

According to Blitz, their developers were brought on board to work on Discord’s new game store and Nitro subscription service. Blitz also announced that, while they’ll no longer be producing new content, their existing videos will stay on YouTube, and are not being deleted. Their League of Legends companion app is said to be transitioning to a new owner whose identity will be revealed at a alter date.

That said, Blitz has laid off their content team as part of the acquisition, which included video editors, motion graphic designers, and writer-producers. The affected employees were, according to their former employer, given three months severance and Blitz claims it is “working closely with with them to help them land the best jobs for their interests.”

Gambit Esports have released one of their most well-known League of Legends players, Edward “Edward” Abgaryan, the organization announced on Wednesday.

Today we bid farewell to Edward, one of the most integral players in the history of our organization. Thank you for everything and good luck! pic.twitter.com/aVFFPtz5y8

The organization said that it already knows who their new Support player will be, and that the announcement will come in the next few days.