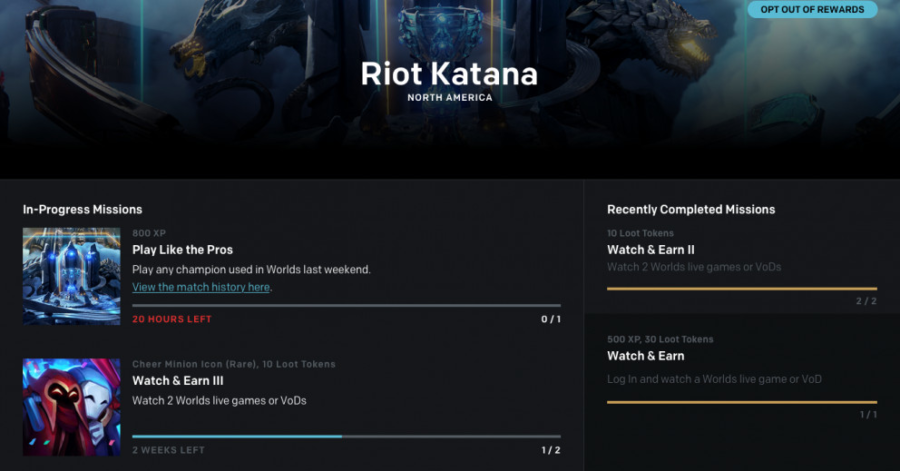 Watch Missions are coming to the 2018 World Championships

The idea of earning in-game rewards for watching professional League of Legends matches is one that’s been on players’ minds for years now. It’s a staple of games like Counter Strike: Global Offensive and Overwatch and it’s finally making its way to League of Legends during the 2018 World Championships.

These rewards will come to the game via something called “Watch Missions” which will work just like traditional League missions, except some will ask you to watch pro matches on lolesports.com instead of playing games yourself.

According to the announcement post made by Riot on Monday afternoon, the missions will include tasks like watching a games or even playing champions that were featured in previous match ups at the tournament. The reward for players that complete these missions will be Worlds Tokens which can be used to unlock emotes, icons, chromas, borders and even something special that the post only teases but doesn’t fully reveal.

While we don’t have a ton of details at the moment, we’ll certainly know more when the Watch Missions go live on Sept. 30 and stay in the client all the way until just after Worlds ends on Nov. 10.