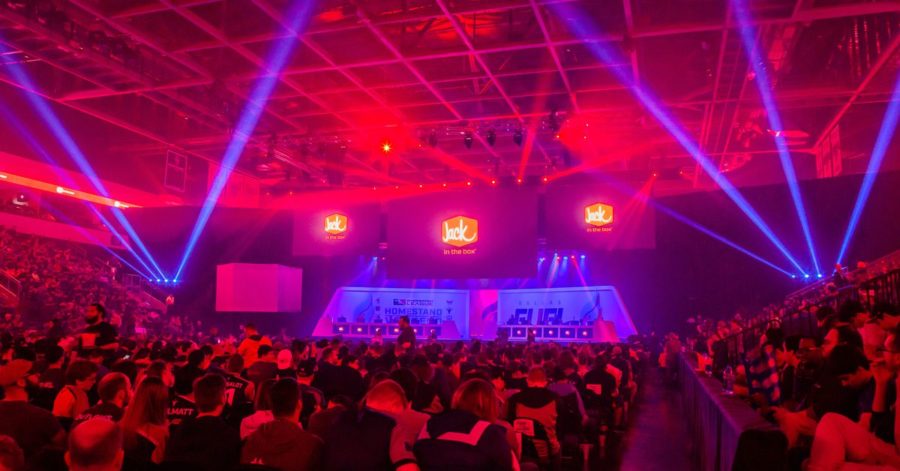 It’s tough being alone in a crowd.

When I attended the Dallas Homestand weekend back in April, I immediately knew that my presence as a Valiant fan would be tested. I take pride in being one of the loudest fans in the Overwatch League, but the matches so far have taken place in the Blizzard Arena, a venue that sits 450 fans. In Allen, that crowd was larger — by a factor of ten. I even had people ask me why I was even going with the same fearful tone someone might have when asking an enlistee why they signed up during a time of war — and I honestly didn’t blame them. For the upcoming home games at venues around the world, fans are going to have to cultivate a tough skin. While the culture’s rougher than watching from home or the Blizzard Arena, I found the home game atmosphere to be rewarding and invigorating.

I admit I didn’t fully grasp the gravity of the situation. I made the decision to go on instinct; I wanted to see Texas for the first time. And hey, the first home game in Overwatch League history was kind of a big deal. When I remembered the Los Angeles Valiant would be playing their first game, I packed my jersey and prepared for a rough match. At the time, the Valiant had only won two matches against the Atlanta Reign and the Washington Justice after a winless stage one. They were facing the Dallas Fuel, a formidable team in their own right. In their own arena.

I walked into the Allen Event Center that beautiful Saturday morning with my friend Krista after a night of joyriding in a shopping cart (don’t ask). We were immediately taken in by the atmosphere; it felt like a traditional sporting event. I felt nostalgic as I gorged on Toll House cookies and pulled pork nachos. While I met a ton of online friends I had previously only known from Overwatch League communities, there weren’t more than a few Valiant fans.

Most importantly, there was a tangible excitement. For these fans in Dallas, they were finally getting to see the team that had represented them so far come home. The air was electric, and I knew that if the Fuel didn’t win, there was going to be a riot.

The matches themselves ran smoothly. There was one power outage that was handled well by the crew. I sat on a cushy couch as a Valiant VIP fan, enjoying margaritas and whiskey. The matches were fun to watch and I lounged in comfort. But as the day went on, I saw more fans pounding on Bud Light up until (and throughout) the first game where Dallas would debut. I knew things had the potential to get real rough, real fast.

Sure enough, the Valiant hit the stage, and the boos started coming. I was ready to fight every fan that booed, but I wrapped the Valiant flag closely around myself. This wasn’t a hostile interaction. I appreciated the passion for their team, heckling and all, because I felt the exact same way for the Valiant. 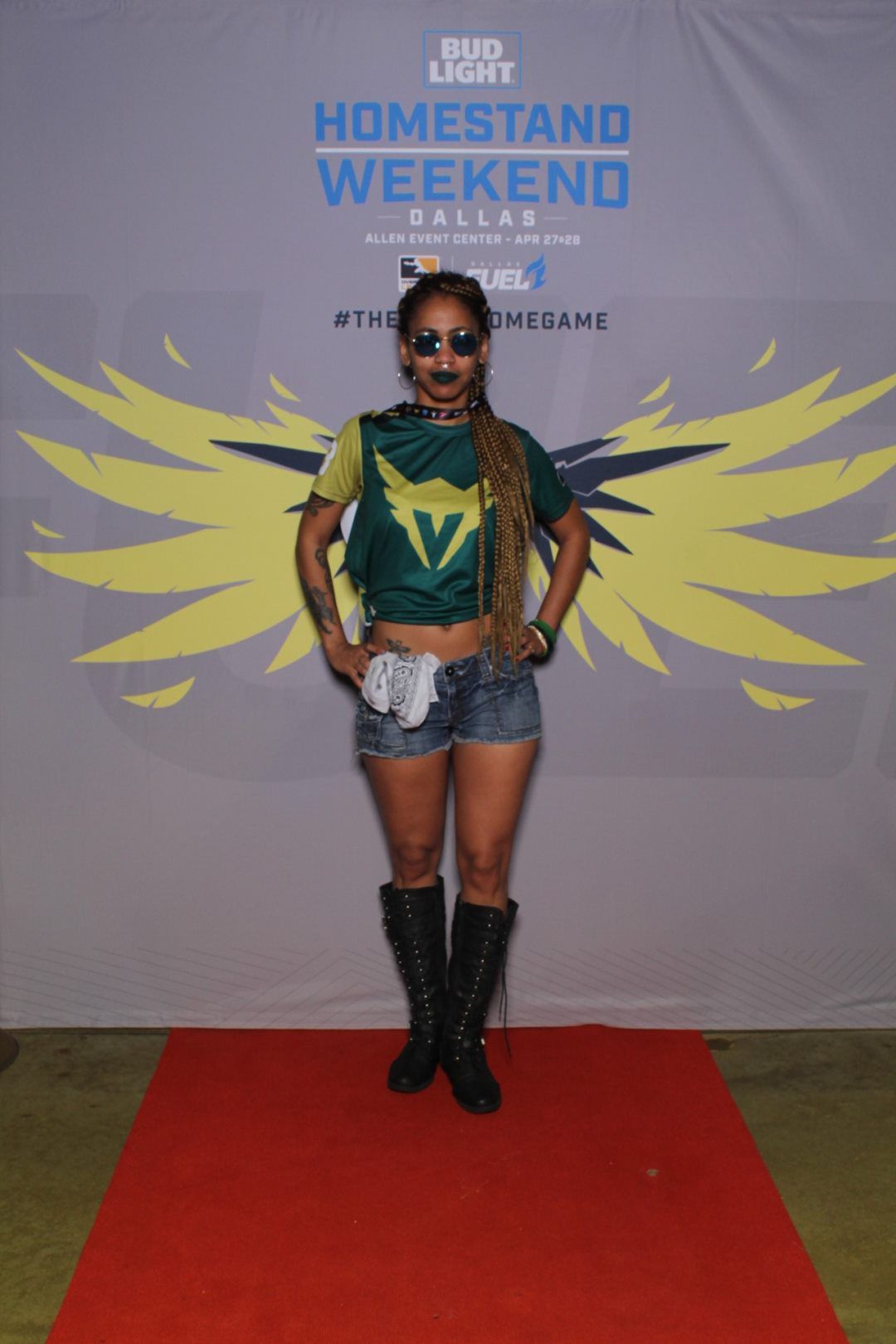 I was teleported back to being twelve, screaming at the TV at a match, knowing that my team was better than yours. When the Fuel came out, and the roar of support reverberated through the arena, I knew I would die on the hill of supporting the Valiant. If the Valiant whooped the Fuel on home turf, I would laugh myself to death. I exchanged some hilarious trash talk with a young fan next to me and reveled in the energy of the arena. It wasn’t easy, but it was more fulfilling than a match at the Blizzard Arena by far.

I downed my whiskey and stood up to cheer in glee when Valiant succeeded. I slumped in my chair in slightly tipsy melancholy when they fell short. The rollercoaster was a fun ride to accompany the game itself. And when I heard someone scream ‘Custa sucks!’ from the crowd, eclipsing the booming sounds and cheers, I shouted back ‘so do you, jackass!’

Part of the fun of sports is playing rough, but I worried I had gone too far. Things escalated further; he laughed and called me a bitch in return. My friend next to me asked if he had really said that. I laughed it off, saying that it was not the first, nor would it be the last time someone would do that to me. Sticks and stones, and all that.

After my adrenaline levels equalized, I realized that I had checked for exits or security in case of an emergency. I had once attended a traditional sports game back east where a drunken fight broke out. It straddled the line between entertaining and extreme, but in retrospect, it could have been fatal if not for the speedy reactions of an off-duty cop or security guards. When tempers flare and fans clash, how will teams and venues de-escalate situations? What if opposing fans get too passionate and it turns violent? What if I met a fan who wouldn’t just stop at calling someone a bitch? Not everyone has the patience of a saint or the level-headedness to stay cool during a showdown.

Overall, the atmosphere was rough, but positive. In a sea of Dallas fans, I was able to defend my team. It was primal, instinctual, and natural. If I couldn’t take the heat, I’d have to get out of the kitchen, but I was more than happy to crank the oven and cheer for the Valiant. I couldn’t help but wonder what happens if these tensions escalate between fans. Will we see our first esports riot one day? 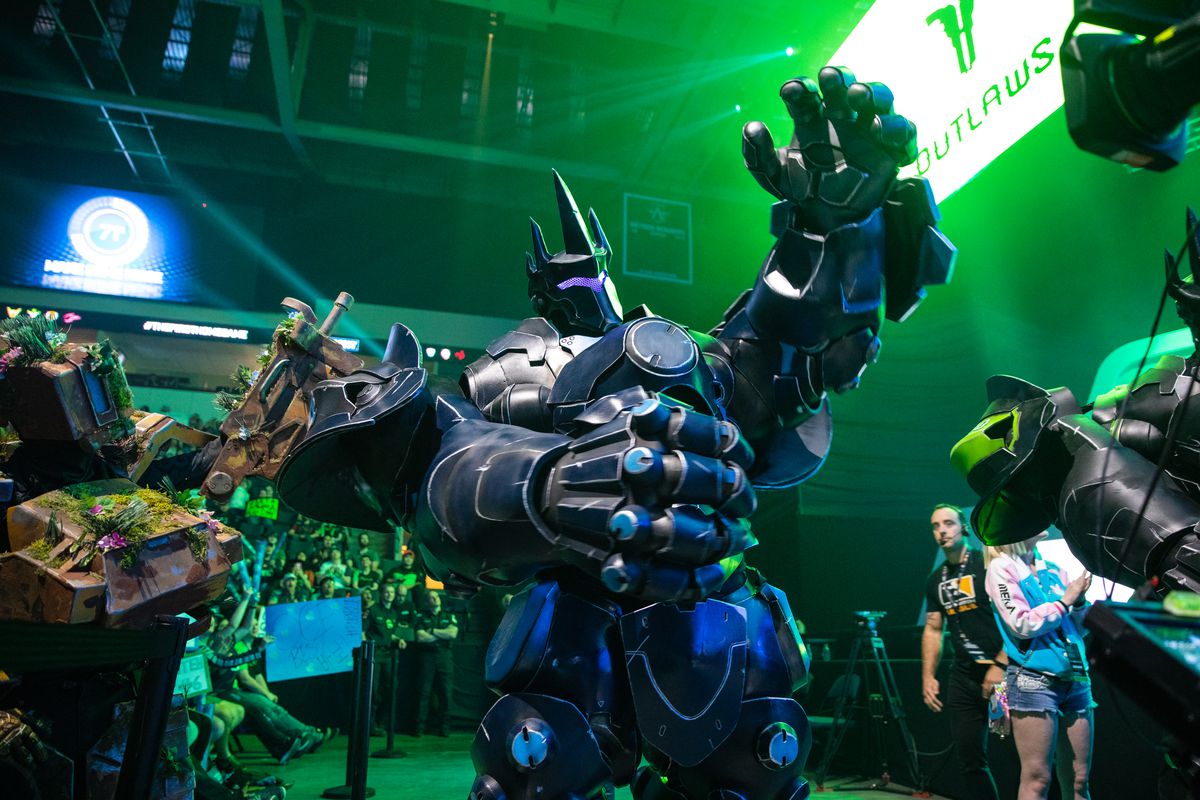 Every fan wants to be recognized by the team they cheer for. They want their presence to be rewarded, even when it means cheering for a team with a winless split or who had choked in the playoffs. Many fans treat the players like distant gods when they win, or disdain them like paupers when they lose. But when you watch players in a venue like the Dallas Homestand, playing in an arena ten times the capacity of the Blizzard Arena, packed full of fans screaming for Valiant blood, it was clear just how human and relatable the players are.

Loyalty is important when it comes to sports, and I never felt more loyal to the Valiant than in that moment. It was a value I learned from traditional sports. If a fan of the Overwatch League travels to future home games, they’ll need to be aware of the dynamic to get the most out of it. When fans clash, it’s playful, but there are also teeth to it. If you’re not familiar with the dynamics of traditional sports, it can come across as cruel or rude.

When I tweeted about my back and forth with the guy who had yelled out to Custa, I ran fans unfamiliar with this dynamic. People were telling me that if I didn’t like players getting heckled, I shouldn’t go to games, or I was a snowflake for firing back. Others said that it’s something that the Valiant deserved because of their season. That reaction wasn’t enough to convince me; I’d go to another away game and make my stand as a fan again in a heartbeat. Before, I only defended the Valiant at the Blizzard Arena. At the home game, I stood against thousands of Dallas fans.

Frankly, that was the biggest rush I could have. I know the Valiant couldn’t hear me, and they may not always be aware of my support. But I know what it’s like for a team to face insurmountable odds. I went to the home game, supported the Valiant, and we both went down swinging. There was no room for bandwagoning or waffling. This was more than just a social engagement or an excuse to flop on a comfy couch and drink booze surrounded by friends I had met in person for the first time. It was a chance to be a part of the community that the Overwatch League has promised since day one.

It was also a wake up call that when localization happens next year, every passionate fan of an away team is going up against more than they’re used to. You’re going to have to show a loyalty that you may not be familiar with. The losses will cut that much deeper. The trash talk will be harsher, the stakes will be higher, and it’s a lot to digest … but the reward will be worth it. Not only is this Blizzard’s best shot at building the fanbase they need for the Overwatch League to grow and sustain itself, but each away team win will feel that much sweeter.