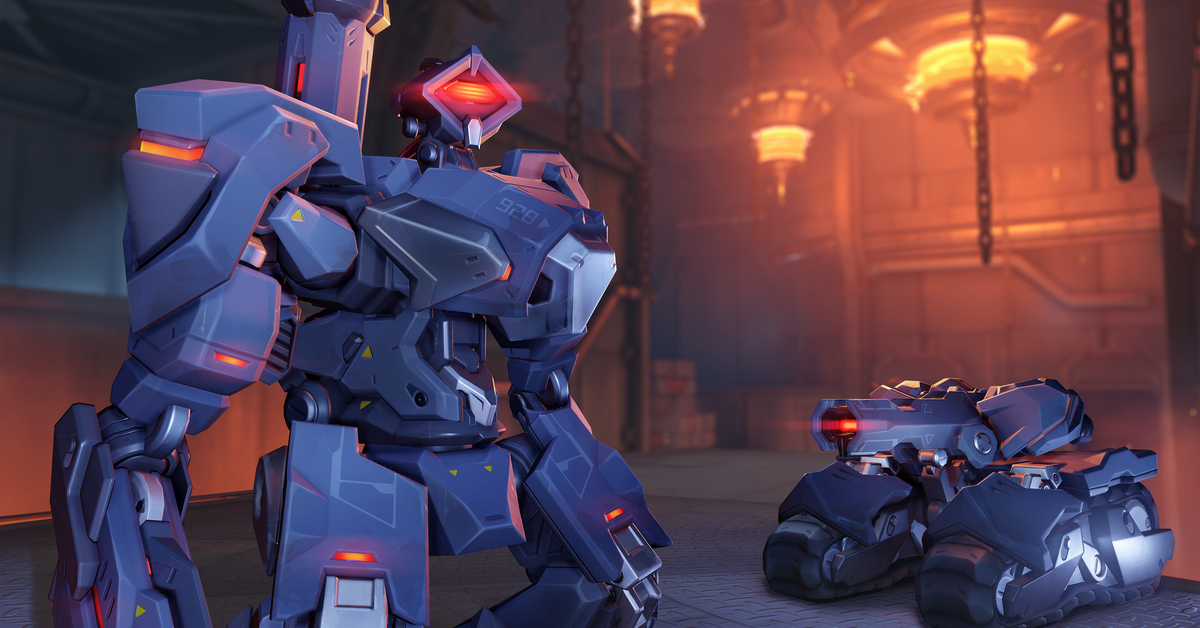 The Overwatch PTR has updated, and this update is extremely spicy. First of all, after lots of teasers, Hero 28 is finally here! Wrecking Ball, also known as Hammond, has joined the cast. He’s a new tank that focuses on highly mobile and disruptive play with a very chaotic pattern.

Wrecking Ball’s tinkering capabilities and iron-clad mech make him a formidable tank hero, capable of bowling through the front line of the opposition and causing mayhem in the back line. His primary weapon, Quad Cannons, are two sets of twin machine guns that shred enemies caught in their crosshairs. No team is too much for Wrecking Ball to engage against with his Adaptive Shield, which generates more health based on the number of enemies nearby. This shield makes him incredibly difficult to kill when he bulldozes into the fray and, once he starts to get low on health, also provides him the endurance to escape. The Roll ability allows Wrecking Ball to withdraw the mech’s robotic limbs, transforming it into a ball with increased movement speed. No obstacle can stand in Wrecking Ball’s way when he uses Grappling Claw, a short-range ability that grips the environment, letting him swing across terrain gaps or around corners to smash enemies. Grappling Claw also allows Wrecking Ball to reach top speed and ram into foes, dealing destructive damage and knocking them back. While airborne, the mech’s Piledriver ability causes Wrecking Ball to slam down from the air and knock his enemies off their feet.

When Wrecking Ball is at his strongest, he can use Minefield which flings mines onto the ground that deal a considerable amount of damage to enemies unfortunate enough to trigger them.

We’ve covered Wrecking Ball’s lore and in-game kit in more detail on Heroes Never Die, and we’ll continue to dive deep into the nuances of the new hero as he nears release and more of his content is added into the game.

Next up, we have a change that should shave down Assault Maps in Quick Play. This won’t affect Competitive Mode; just the more casual game modes like Quick Play and the Arcade.

Developer Comments: We have reduced the overall game time for Assault maps in Quickplay and Arcade Modes. Players now have four minutes to capture each point instead of the current five minutes per point. In some games, Point A would be captured rather quickly resulting in what could be lengthy battle over Point B. Point B is typically more defendable than Point A and, in some games, defenders were able to hold for the entire duration of remaining time which could potentially be 8 minutes or more. We felt that in these instances the overall time was simply too long for either team, with attackers unable to take the point and defenders having to hold. The reduction in time is now consistent with the Competitive Play times which provides an ample amount of time for both attackers and defenders, but hopefully removes the occasional game where it feels like you are playing against the timer and not the other team.

No longer can contest objectives while invisible

Can now be destroyed (has 5 health)

Developer Comments: These changes allow Sombra to more easily play as an infiltrator and scout for her team, as well as give her time to pick and choose when to reveal herself to ambush her enemies.

Sombra’s rework is here to further cement her identity as a backlines assassin. Her original rework severely cut down on her health pack utility, and now she’s capable of getting behind nearly any enemy comp and escaping from a multitude of sticky situations. This Sombra rework is pretty bananas, so we’ll have to see how it tests — but it definitely delivers the fantasy of Sombra as a back-lines, hacking, subterfuge heavy assassin. 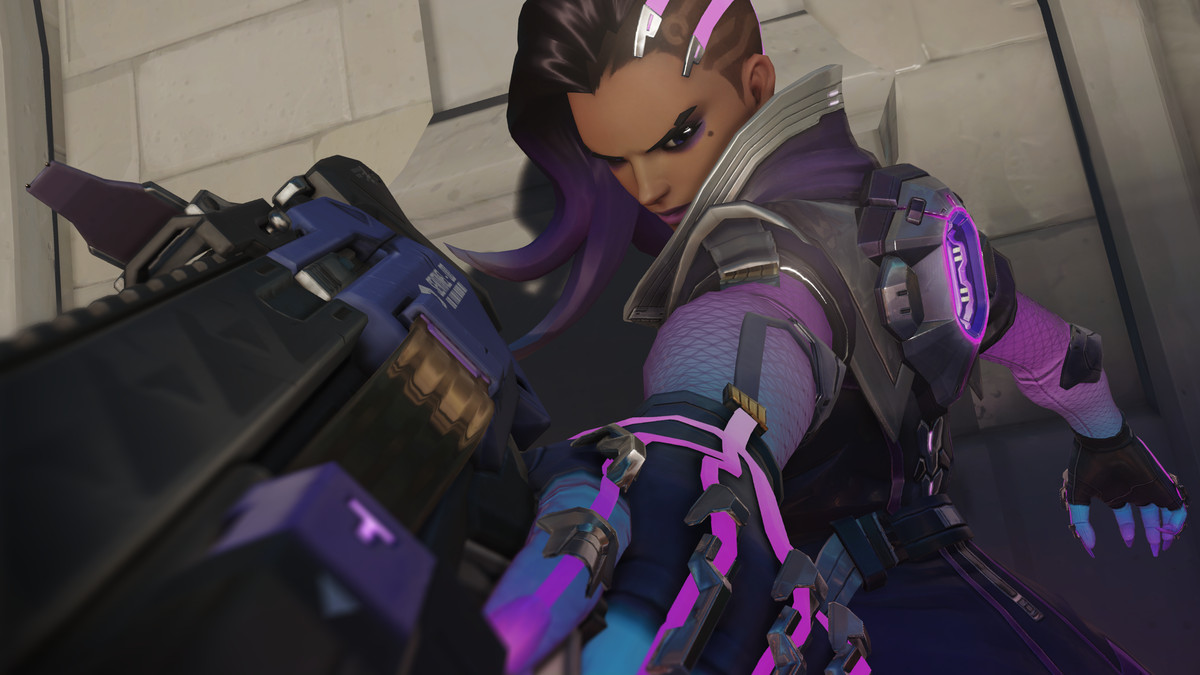 Hanzo’s rework was very successful, and now it is no longer seen as a great mark of shame to be a Hanzo main. The problem is that right now he’s a little too strong, especially since he’s capable of just knocking out heavy targets without much chance for them to fight back. In an age of tanks, Hanzo was becoming a pretty powerful pick. This shaves his strength against single targets down.

Duration reduced from 6 to 5 seconds

Cooldown increased from 8 to 10 seconds

Developer Comments: Hanzo’s new kit has proven to be a bit too powerful, especially his new Storm Arrows ability. We’re lowering the frequency that he can have this ability available to make it more reasonable to play around.

While tanks will be harder to take down, squishy heroes like Genji and Tracer should have more room to operate around a volley of Storm Arrows (while still being taken out if they don’t play their cards right.)

Several heroes have received major changes to their damage falloff:

Peacekeeper – Minimum damage at max range increased from 30% to 50%

Developer Comments: The goal of these changes is to slightly reduce the impact of damage falloff on mid-range weapons. While assessing falloff mechanics across the board, weapons intended primarily for close-range combat benefited too greatly from lowering their falloff restrictions. We also normalized a couple of outliers in that Mei had a long-range travel time projectile with falloff applied and Widowmaker’s automatic fire did not have any.

This isn’t a major change—especially in comparison to a new hero, but it should normalize damage across the board and make various ranged heroes feel more consistent. It should also make poking a little more viable, which is always nice, especially with a new tank on the scene.

The Overwatch PTR is, of course, a test realm, so all content on it is subject to change before hitting live servers.